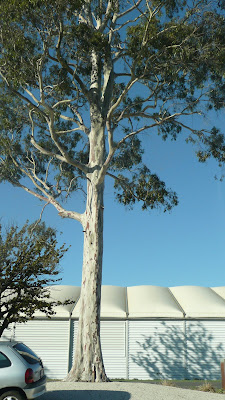 Howdy folks! It has been an awesome weekend. Filled with dreams, paparazzi, authors, fantasy, sci-fi, comics and a cheerleader!

Fave t-shirt slogan of the weekend… “…and then Buffy staked Edward. The End.” Twilight-ers were wearing them. It was funny. 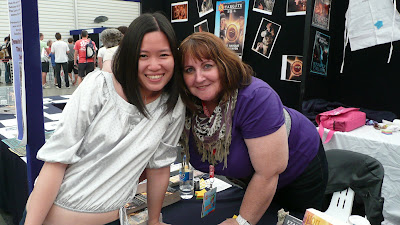 Here is a picture of me and Jennifer Fallon. An author I recently discovered through knowing that she would be around for the Supanova event. She’s really sweet (maybe not the right word. But really nice). I was a bit shy. I know! Me! Shy!… Now I know how the boy felt when he was faced with Jim Lee…(and if you don’t know who Jim Lee is, shame on you!)

Jen Fallon, you’re now up there of my fave list of fantasy authors. However, fantasy being one of the ONLY genres I read, WELL DONE! You are now on my bookshelf together with my David Eddings’ and Cecilia Dart-Thorntons’. I really could not put the book down. It was extremely refreshing as I’ve been toiling the Seeker of Truth Series for so long now, it was a fantastic break away from Richard and Kahlan. 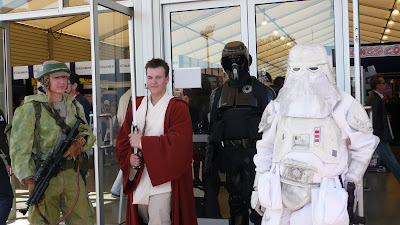 The nice cosplay people in Star Wars kindly posed for me. Don’t you think the Ewan McGregor dude really looks like Ewan? Nice! 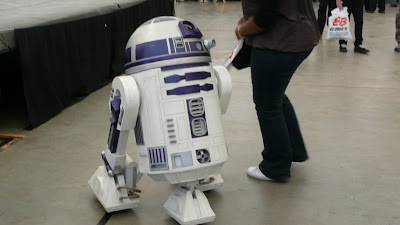 R2 was hanging around as well. 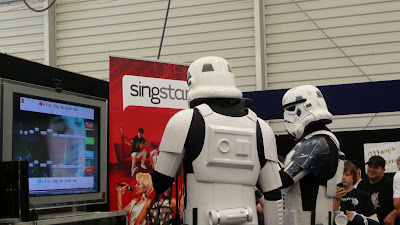 The best moment of Star Wars of the weekend. Stormtroopers on Singstar! They were soooo funny. A huge crowd of people recording their efforts too!