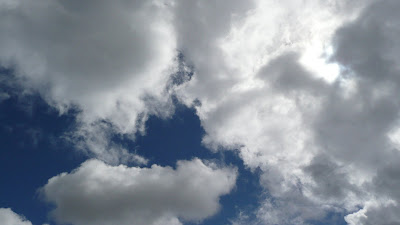 A temporary hiatus of a week seems to have done me good. Blogger’s block (which I initially spelt as Blooger’s Blog *now that would have given me something to write about), had me wound up tightly and I ended up writing a short story, which was published here.

Easter came and went… much like how the days went when God *Supposedly* (and this is where the Christian’s around the world will strike me dead) first created the Earth in 7 days. The cantor’s singing still sticks in my head, playing like a broken gramophone: “Evening came and morning came, the first day. God saw that it was good. And so it was….”

Even the Vatican has acknowledge evolution…so what does that say about God?

Anyways, I shall not venture into theology, as that will probably get me all heated up in argument mode… Go watch some conspiracy theories that deal with religion… I can name one in particular, however this is religion and global issues… Watch… “Zeitgeist”

So I digress, as is generally the case with how I post.

1 week. So many things can happen in 1 week. You find out how precious life is. You realise how important family is. Hope and prayer (I may be sceptical on religion, but I still believe in God/Gods) and hopefully what has hit us, will eventually go away. Happy endings are deservedly his, as he has done nothing but made sacrifices for the family. A good man.

Where does that leave us? Sickness is a word that is taboo. Somehow, I am not that immune to it as I would like to believe. There is no way of escaping reality.