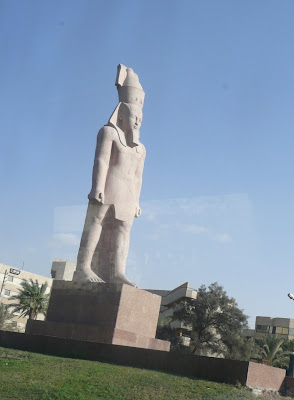 Finally! We have reached Cairo, “the City of a Thousand Minarets”. The hustle and madness of chaotic traffic, the dust and earthy colours splashed on buildings everywhere, WE ARE HERE!!!

Cairo Airport was extremely dank and musty.. or so, the terminal we arrived in was. We flew on Gulf Air… and not Egypt Air…think a really old airport which smells of toilet and you’ll have the Gulf Air terminal…

On the other hand, where the main International Airport Terminal is (the one with Egypt Air).. it looks as nice as KLIA… *sigh*… 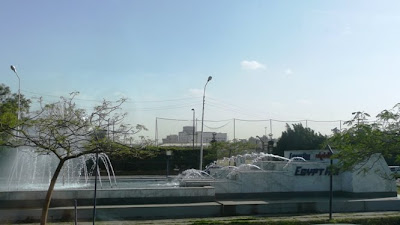 Got onto our tour bus and our local tour guide, Dr.Farag, introduced us to the city and promptly named us the Cleopatra group (to distinguish us from all the other tour groups in the country in case we got lost).

We saw an old car with the words “F*** Algeria” emblazoned on the back of the windscreen. Drivers were honking and congratulating the owner/driver of the car (apparently Egypt lost to Algeria in the World Cup Qualifying Rounds? Not too sure about that.. but I know it had to do with football/soccer) 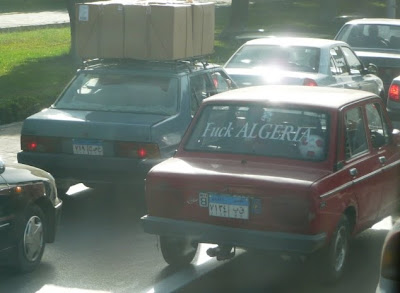 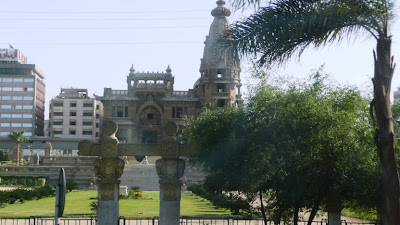 A mosque in the city… 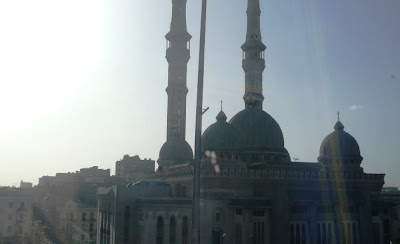 Funnily enough, I saw a goat on one of the rooftops chasing birds!! 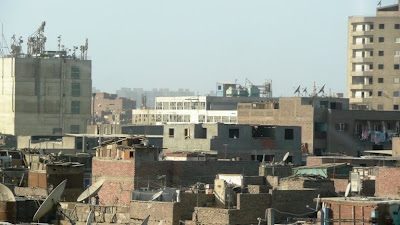 It is extremely difficult writing on the bus and I’m hoping that we arrive at the Cairo museum soon.

The Cairo museum hosts many great artifacts, including the golden mask of King Tut!

Unfortunately, we aren’t allowed to bring our camera’s into the museum, so no pictures will be uploaded here… 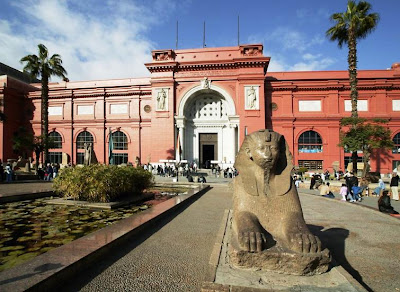 The museum was fantastic, albeit a little run down. We did not bother visiting the mummy of the Kings (including Ramses II), as you can’t tell apart one mummy from the other anyway and it costs an additional 100LE (Egyption Pounds) (Which is roughly about RM90, AUD25).

My heart broke at the clumsy maintenance or should I say, the lack of it, at the many thousands of artifacts. Most artifacts were just stacked haphazardly on top of one another with little or no descriptions.

The main cross section in the museum smelled strongly of detergent and antispetic as that is where the toilets are located… A pity, since people had to constantly pass by to go up the stairs to visit the mummies and King Tut’s exhibition.

After about 2 hours (including a guided tour by Farag and then free time), we were all promptly bundled back into the bus for our dinner. Food so far has been good & plentiful (Yes! Even the food served on the plane, which I must admit have been excellent!) 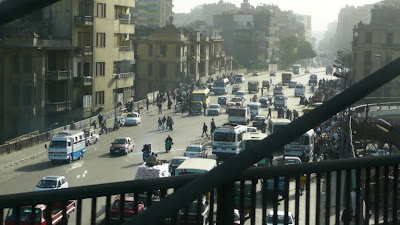 Dinner, interestingly enough was to be held at TGIF (yes, you read right!), next to the Nile river. 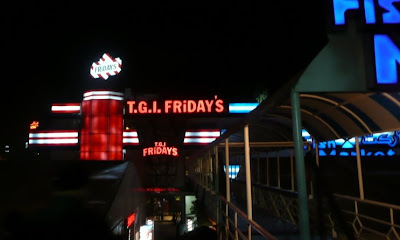 The beauty and tranquility of it all was marred by the floating debris moving past us.. because it is too dark to take a clear picture, you have been saved from the sight of various rubbish floating by ^_^ 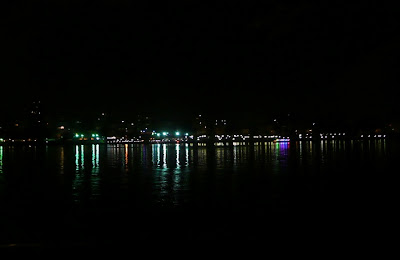 For some reason unknown to us, TGIF was serving us a fixed dinner menu which consisted of items not to be found on their main menu. Our guess was that an establishment like TGIF would be a safe spot to eat where we could drink and eat our vegies with no fear of food poisoning.

The water in Cairo is not safe to drink. Hence the whole trip, we lived out of mineral bottles (even to brush our teeth!). No fresh vegies, fruits or salads unless we were very sure of the cleanliness of the place. Cholera still exists in this part of the world…

We opened our meal with soup. I can’t for the life of me remember what soup it was… 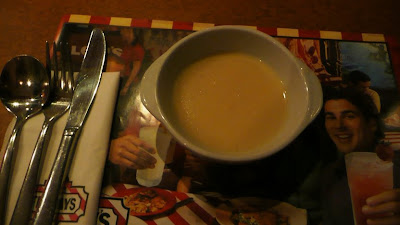 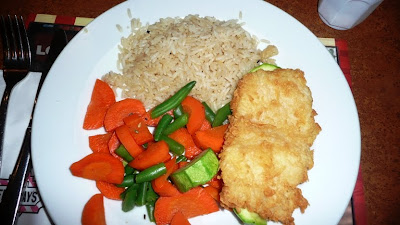 Dessert was a giant cookie and ice-cream… very very nice! 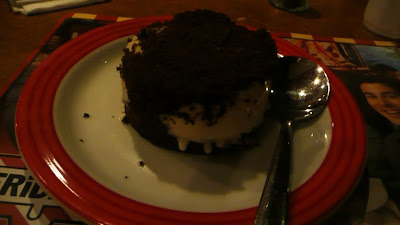 After dinner, we were once again rushed to the train station, to board our Sleeping Car to Aswan. So far, we have yet to stop anywhere to wash or clean up or rest… it’s been go go go…

The wait for the train was long and slow (the station was very similar to the KTM station, but all other similarities end there). No shelter from the cold night air.

When the train finally arrived, we got in to our cabin (miniscule), but was quite comfy for our 13 hour long ride. 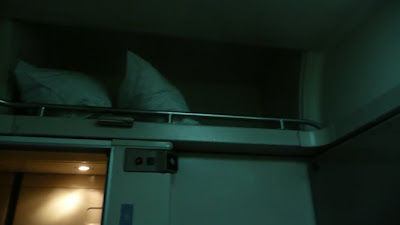 This is the corridor linking our rooms and carriages together. 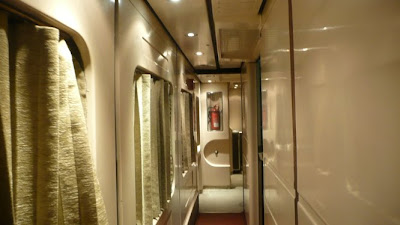 This is the view from sitting on the bed/foldaway chair area. 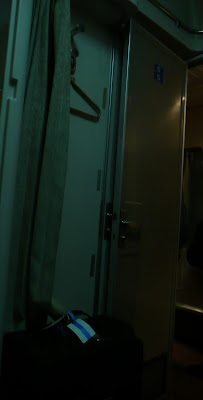 I did not have supper, but the Boy managed to wolf down this meal as well (Amazing!), and said that it was really good. 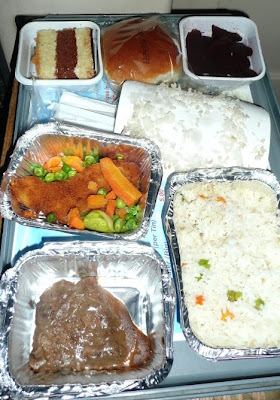 Rocked to sleep by the motion of the train. I was too scared to visit the toilets… and rightly so. When I could take it no more and had to desperately go… I nearly gagged and died.

We both got up promptly at 5am and enthusiastically got ready (God only knows why, since we weren’t due to arrive until 10am or so).

Each cabin had their own tiny sink and we used on whole bottle of precious water to wash our faces and brush our teeth (mundane as this sounds, after not being clean for that long, this was ecstasy!).

The next few hours on board was spent pleasantly cuddling on the lower bunk bed (which was quite comfortable) looking out the window at the passing countryside and exchanging friendly knocks and bangs to the cabin next door (which was Big Sis and Madam Mummy’s cabin).

Can’t wait to arrive in Aswan. Where we will finally get to visit some ancient sites….