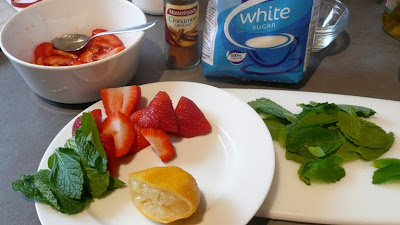 It’s been a while since I last posted up anything to do with my own cooking (or the Boy’s). Just an hour (or two) ago, I felt like having some dessert… high tea style.. and I had all the ingredients, so why not?

The recipe was modified a bit, as I didn’t want to make so many crepes… hence the above only made about 7 crepes (4 tablespoons per crepe).

Warm butter, milk, salt and cinnamon until butter is melted. Whisk the egg and add to the warm mixture.

In another bowl, make a well (hole) in the flour and whisk in the mixture.

Keep in fridge for an hour or so. 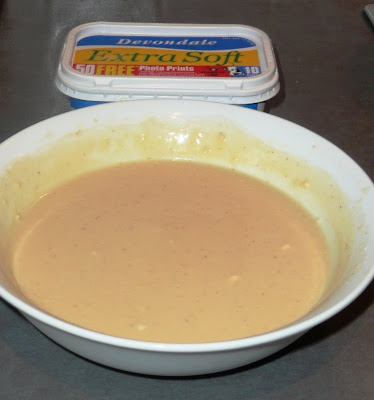 The mixture should have a smooth, thin cream consistency (if too thick, just add in more milk)

I’d never made crepes before, always leaving it up to the Boy… But since he was playing God of War II and ignoring me, I thought I’d experiment… 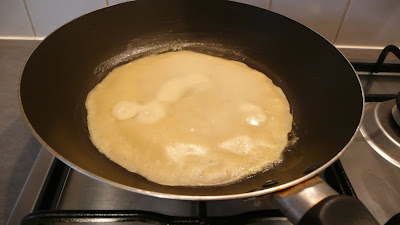 I tried flipping the crepe (first try) and… as you can see… EPIC Fail! 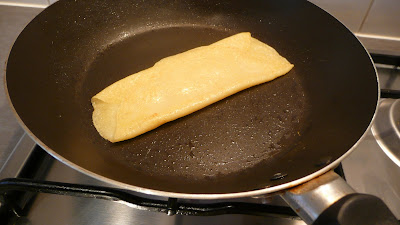 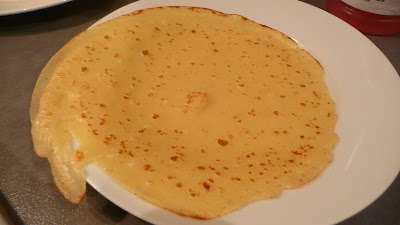 Guess which is mine? 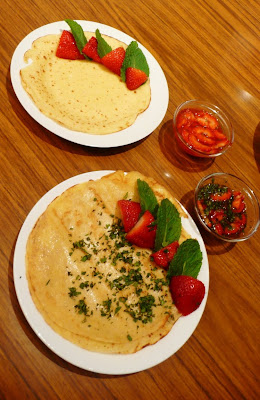 You can go a little over zealous with chopped mint, if you like mint as much as I! 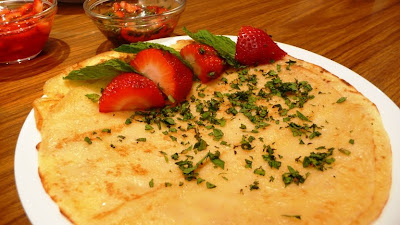 Or you can be boring like the one I made for the Boy, with no mint as he doesn’t like mint… 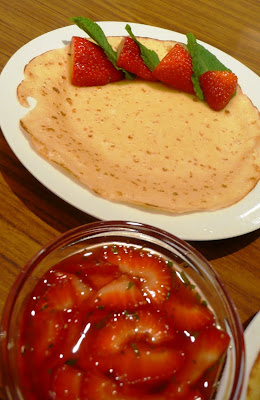 I should have dusted this with icing sugar, but was too lazy! Next time!

Note: In case you wanted to know what I did with the minted strawberries here it is

Let it sit and marinate whilst doing everything else =)