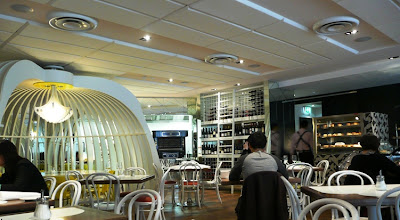 Hello all! I apologise on my M.I.A status for the last week. It’s been a crazy year end at work (and still is), and by the time I get home, all I want to do is go to bed (sometimes with no dinner!) Gasp…
It’s also the time of the year of social gatherings and Christmas celebrations… so here is a much belated post on our visit to Cafe Vue 401 on Melbourne Cup Day 🙂 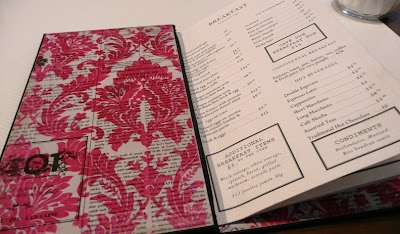 I’d read quite a lot about this little cafe out on St Kilda Road. Being a fan of the one on Little Collins Street (in the CBD), I had quite high hopes for this branch. 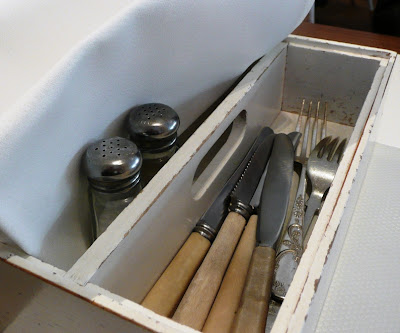 We had a sleep in (being a public holiday and all) and quite literally missed the breakfast option. So we opted for the next best thing, which was their Menu Du Jour (which changes according to the seasonal ingredients)… you can have a look at the menu here. 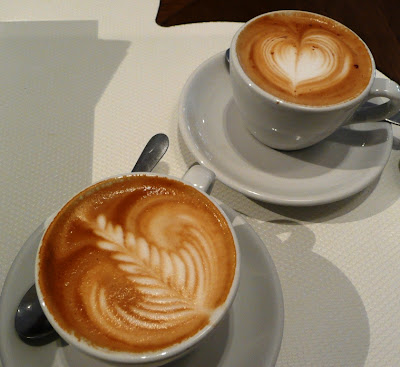 To start (I still had sleep in my eyes), I decided on a Latte, and the Boy decided on a Mocha… these were quite good.. 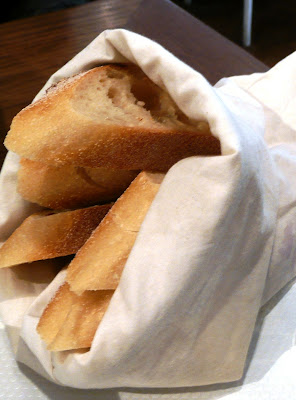 We were served warm white bread in a white bag (reminded me of Les Boucheries in South Yarra, which has since closed). I love places that serve fresh warm bread… it just adds that little touch of detail that many places fail to notice… 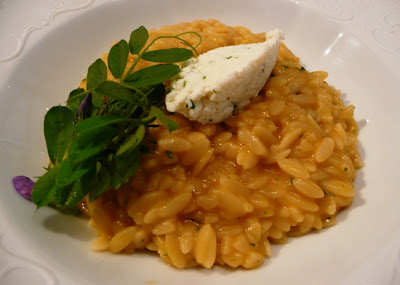 To start, we had a lovely pumpkin risotto with herbed ricotta. I absolutely loved this dish. The Boy who doesn’t like anything much to do with pumpkin, finished this rather quickly… (which I took as a sign of “I LIKE VERY MUCH!”) 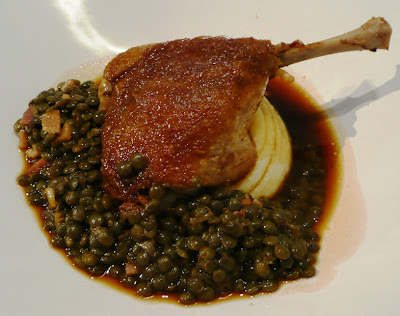 Next, for the mains, we were served a confit of duck leg with lentils and bacon pieces (I’m sure it sounded a lot more glamorous than that, but we couldn’t really hear our waiter over the noise).

I am a big fan of duck.. and the last delicious duck I had, was from Cafe Vue’s cocktail night… and I have to say, this confit… was …. spectacular!!!

The skin was crispy, and the meat was so tender…I wanted more!!! And was eagerly awaiting for the Boy to say he didn’t like his duck and that he’d give me his portion… fat hopes… he had as much enjoyment out of his duck as did I!

The only criticism I have of this dish was the lentils… I had a few bits of sand/stone which made it quite unpleasant… I ended up eating everything but the lentils for fear of losing a few teeth :0 !!! 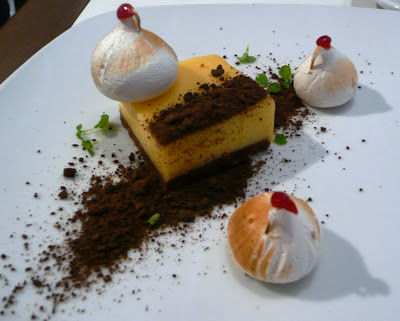 For dessert, we had a delicious lemon pie with soil and meringues. It looked pretty as a picture and was a really good way to end our meal. Delicately sweet and acidic… calming my tummy from an extremely heavy brunch…

I nearly forgot about this, but after our mains, we were left waiting for quite a while (20 minutes, I would say), and no one bothered about us, until I managed to get one of the staff to ask him about our desserts. Apparently they had forgotten that we had ordered 3 courses and hurriedly went to get our desserts.

As a bonus, because I like macarons… I bought some to takeaway to have at the beach… I tried the pistachio, bubblegum, lavender and chocolate macarons.

My favourite was the bubblegum and chocolate. The pistachio was a bit light for me, and the lavender was pretty normal. Good macarons are hard to come by, and these were pretty good, in my humble opinion. (Macarons cost $2.50 each). 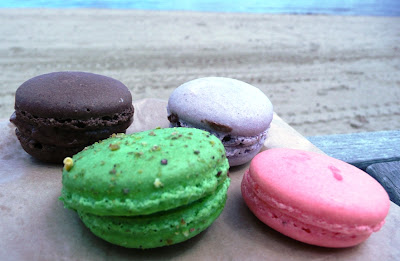 I took the macarons (which were banged about a bit on our way to the beach) and took a few shots of them facing the beach. People were probably thinking I was quite mad…Oh well… they look pretty 🙂 (DON’T THEY??!!)

Will I return? Yes…
Was it worth the trip? Yes…

What can I say, I love modern French cuisine.. and will happily traipse around looking for them and when I find a good one (they are so hard to come by – oh Les Boucheries, how I miss thee!), I will keep on returning!

Food/ Cuisine: French
Dining Style: Cafe
Overall Food Rating (Based on the Dining style): 7.5/10 (for the weird sand/stone with my lentils)
Restaurant ambiance: 7/10 (it was fairly busy and it’s quite hard to catch the waiters attention)
Service/ Attitude: 6.5/10
Value for money: 7/10 (3 courses for $45 each) 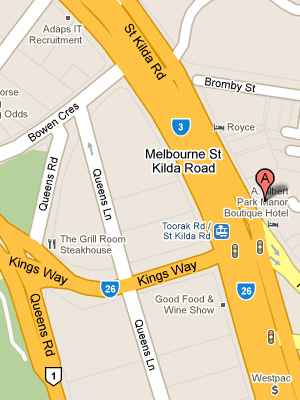