Hi all! While I learn to slowly move on and deal with my grief, I’m slowly getting back to my chirpy self 🙂 Being thrown back straight into work and keeping very busy helps a lot too 🙂

So I thought that I would ease myself (and all of YOU wonderful readers) back slowly into my posts by a REVISIT!!!!! 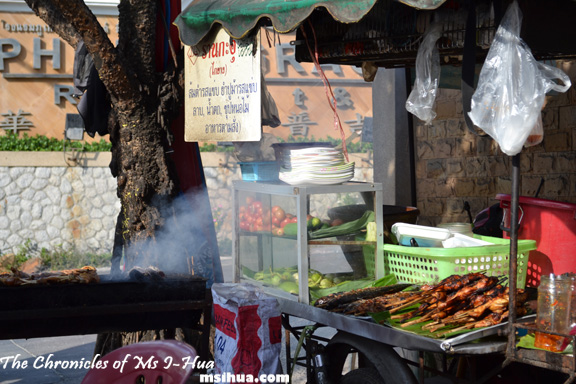 When the Boy and I were staying along Patong Beach, we decided that we would be a little adventurous and eat at the stalls by the roadsides.

I was so happy that we did stop here, because folks, this was where I had the best Som Tam in my entire visit of Thailand.

It was so rich in spice and heat, that I nearly passed out.

The stall owner asked me if I could take spicy food, and of course I said yes. After the third mouthful, my ears started ringing, and my tongue started going numb. By the fifth, I was sweating and my ears were itching.

Seeing how much I was still enjoying the dish despite gasping for air as if I were running a 50km marathon, the very sweet owner sliced a whole cucumber served chilled with ice just for me 🙂

I’ve never enjoyed a Som Tam so much before!!! 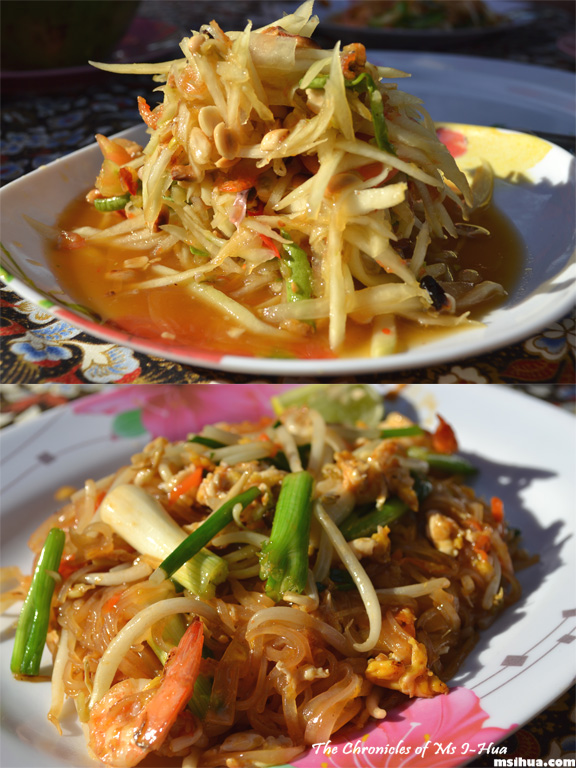 The Boy had, as usual, a Pad Thai with prawns. It was quite tasty from memory.

We returned to this humble little corner stall the next day for the same sweet torture!!! So good!!! 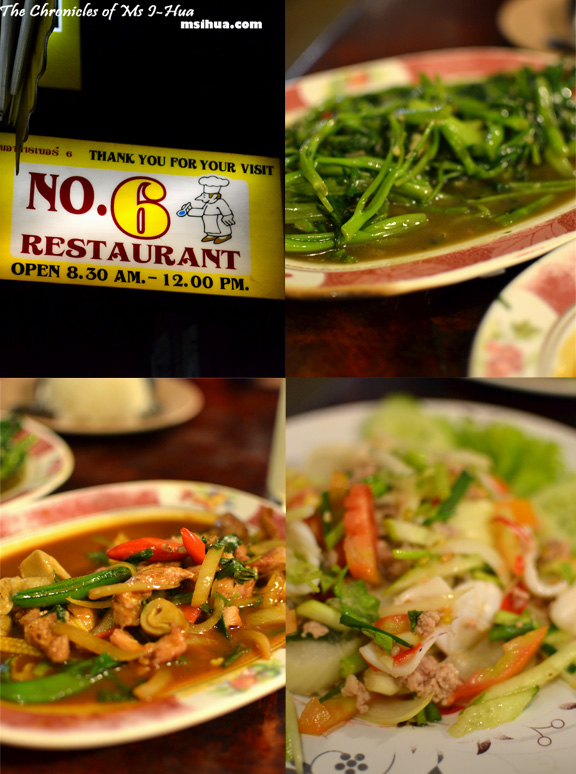 On the night which we were there, the Boy and I strolled down the roads to make our way down to the infamous Bangla Road *cough* to see some Lady Boys in action on the streets, bar and clubs.

I think we may have ventured out much too early, and the crowds hadn’t arrived. Those that were there, were of course our wonderful Aussies celebrating Australia Day 🙂

On our way back to the hotel, we stopped by this restaurant which had a massive long queue of people (both local and foreigners) waiting to get in.

Not wanting to miss out, we jumped right in as well.

The food was alright, and we didn’t quite understand the fuss for the wait, but were happy for a decent meal anyway. 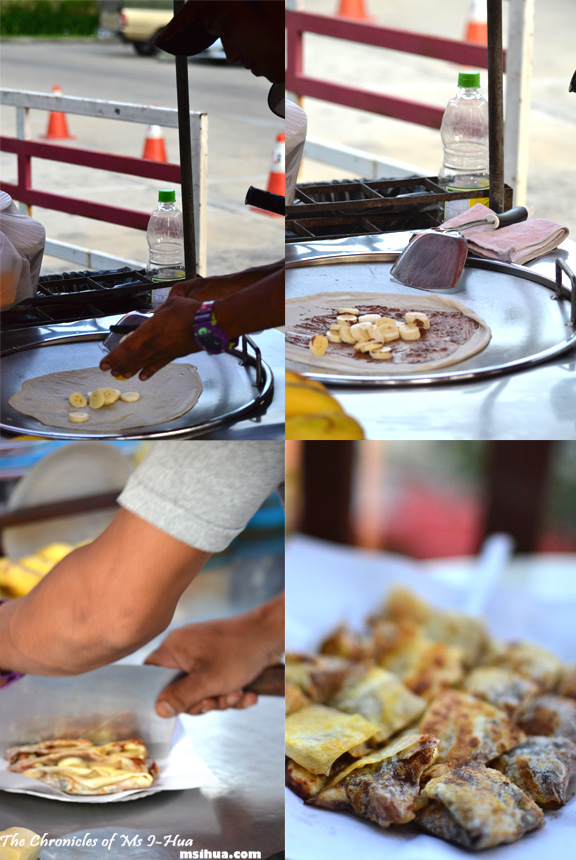 One of the things that the Boy truly enjoyed, was the Roti man that parked his little motorbike (complete with grill, sauces, bananas, coconut, etc) at the corner of the beach and our hotel every night.

For around 50 baht (that’s less than AUD $2!!) you can have a decent plate of crispy roti with fillings of your choice drizzled with condensed milk and chocolate! It was heavenly.

There were savoury options available as well (mostly using Kraft Singles) but we weren’t too interested in them when there were fresh sweet bananas and grated coconuts to be had! 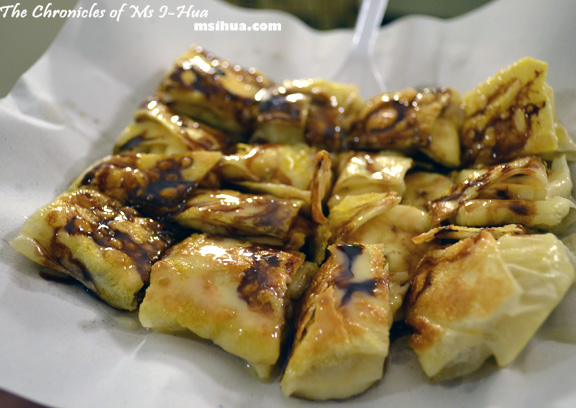 After my second roti, I had to tell him to stop drizzling my plate with condensed milk and chocolate as it was much too sweet. The Boy however thought that I had completely lost my head and asked for more! *bangs head* 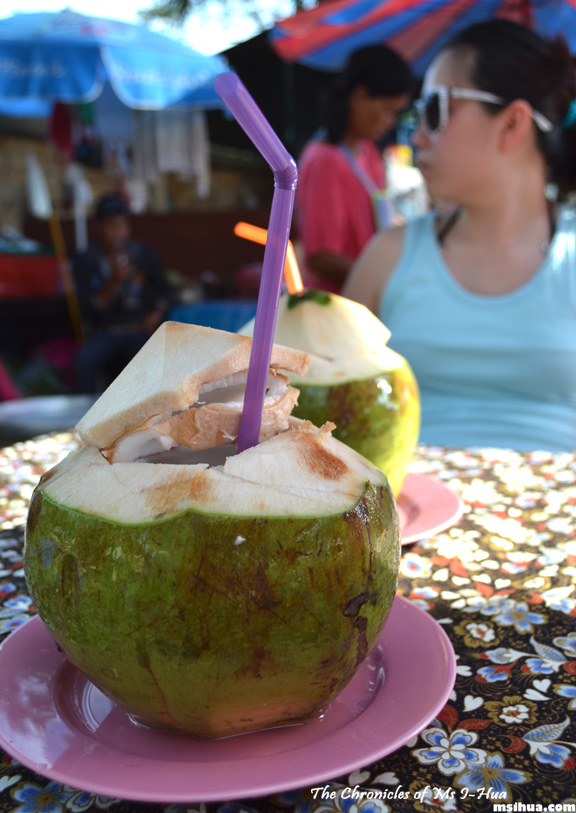 All in all, our experiences of Phuket taught us to trust the local street stalls and vendors for good food.

Ignore the lines to restaurants, as it seems the only reason why people were lining up was to eat in a “safe” environment as they were scared of street food.

We on the other hand revelled in the delights of the street food and ate our fill.

So tell me my dear friends, street food, yea or nay?