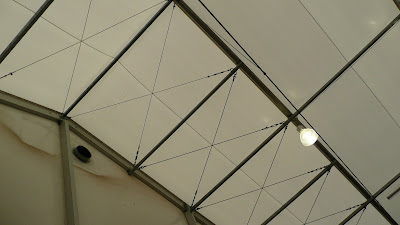 Because Supanova was so fun and I still have pictures to post up, including what we had for dinner… I can’t be bothered blogging. It’s too beautiful a day but I still love you!!

Went to have dinner as we hadn’t eaten the whole day and my friend, Ms Tinymouse was about to complain that I’d be ditching her over the Boy’s grumpiness again, so we decided, since, we were on that side of town anyway, we’d venture to Laksa King.

It’s on Racecourse Road, and it’s very near Newmarket Station. After nearly 7 years in Melbourne, I can’t believe I finally made it down to Laksa King. Everyone always exclaims in such shock (and sometimes horror) that I the great Foodie, had not been there (and it’s mostly you, Melbourne Uni/RMIT/VU students, MEH!).

Food I would rate 7 out of 10 for authenticity. A bit too much santan and not spicy at all. Oh well, one can’t complain. 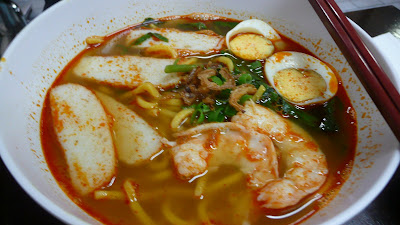 This was their version of Penang Har Mee… apparently it was good. I forgot to ask to try the soup… 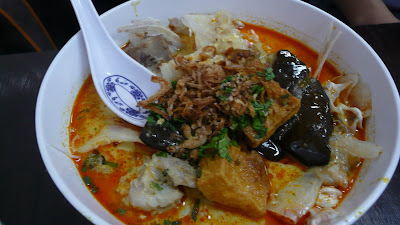 This was interesting. Ms Tinymouse ordered Fish Head Curry Laksa… looked really good too… I love Fish Head but I opted for a safer dish.. 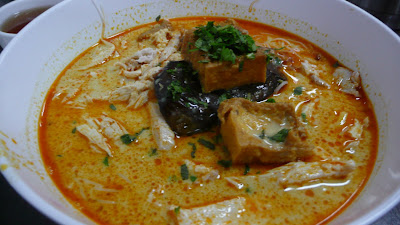 This was my Chicken Curry Laksa. Had mint leaves chopped up finely too and a big slice of eggplant/brinjal/aubergine (whatever). Very interesting. Missing out on beansprouts… But very similar to Nyonya laksa style…(with the mint leaves, not may people put mint leaves into the laksa’s anymore *sigh*) 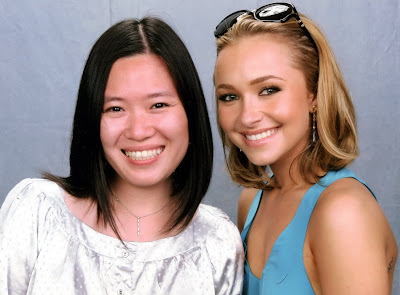 And because I paid so much money for this picture, I’m going to milk it for all it’s worth. Hayden and I!! Saving the whales one at a time. So sign up at the petition below and do your bit for Mother Nature!!!

She was really sweet, but fierce in the “cilipadi” way. Extremely tiny, she was shorter than me by a head! Although she has songs posted up on her Myspace page, apparently there are no plans to come up with an album. She told the Boy and I, they were making her sing songs that weren’t her and trying to mold her into something she wasn’t. She loves acting too much. And she said “THANK YOU!” for signing up for the whales petition.