A Chicken Ain’t nothin’ but A Bird 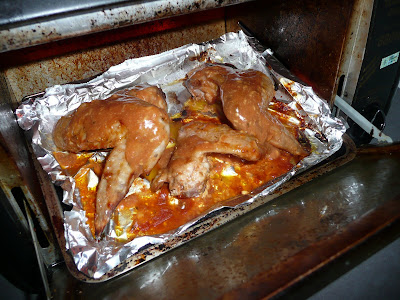 And that’s a song by Cab Calloway!

This is with my mum’s secret marinade.. yummmmMmmMmmmmm…. I use it for everything, chops, grill, BBQ…. it’s delicious… 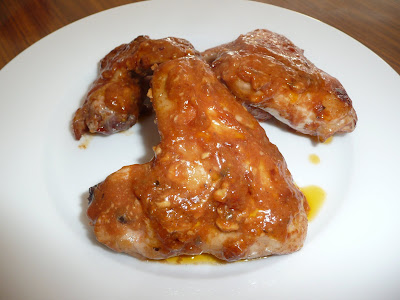 So anyway… the Boy came online today and I got all excited… I haven’t spoken to him properly in 5 days!.. And I tell him… “I miss you babe. I love you!”

He’s got to be the most unromantic and insensitive person in the whole world… DAMN!!….

It’s so irritating to be partnered with someone like that. Someone whom when you express your love to, either grunts noncommittally in agreement or says OK. Someone when asked for hugs, turns to you and says, “What’s wrong with you?”

I wonder if I’m lucky or unlucky? I wonder how it will feel to have a Boy that will come home and surprise me with flowers instead of saying, “I rather buy you a potted plant, the flowers will die quickly anyway.”

A Boy that will tell me I look beautiful every now and then, rather than exclaim, “What?! You look the same to me all the time!”

A Boy that will keep me updated on his whereabouts when he’s overseas/interstate by at least messaging me once a day, rather than leaving me offline MSN messages telling me to “eat sai”. Although for him, that might be his way of saying “I Miss You”.

I give him the benefit of the doubt.