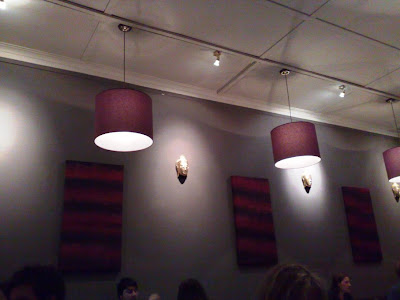 This is sort of a newish restaurant that recently opened up in Carnegie. Gosh there’s a lot of them good ones now where I live… Happiness!

After standing outside the shop a few times now, waiting for the bus, and glancing at the food reviews from newspapers stuck to the glass window and not paying much attention to it, I decided to read the reviews properly. Trying to not look like a weirdo with her face close up to the shop front, it was to my delight that one of the reviews was written by Matt Preston (One of the judges of Masterchef!) and you can read his review here:
(Matt Preston’s Siam 1 review)

And I saw, they are part of The Age cheap eats guide as well!! Fantastic! Now to find people who want to go with me.

So we did on Saturday night. We turned up at about 7.30pm. It was pretty crowded. Word must have gotten around. The waitress asked if we had any booking, and upon hearing the answer “no, sorry”, we were smiled upon and ushered to a dark tiny corner!

I have to say though, the lighting of this place could be better. I guess the owner was going for the romantic feel of it all, but I don’t see what is so romantic about Thai food anyway and I would still like to see what I’m eating even on a date, thankyouverymuch!

If they had provided me with proper lighting as they provide each of their Buddha figurines on the walls and Buddha’s wall painting, I’d be much happier. And so would the patrons sitting next to me. I had evil glances from the woman next door as my flash went off at every dish…. SIGH… 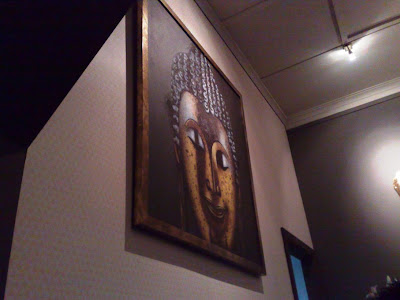 We decided to go with 2 entrees and 2 mains.

Started off with Soft Shell Crab with a tangy sweet tamarind sauce with coriander (now I can’t remember what each dish were called, it was all in Thai) 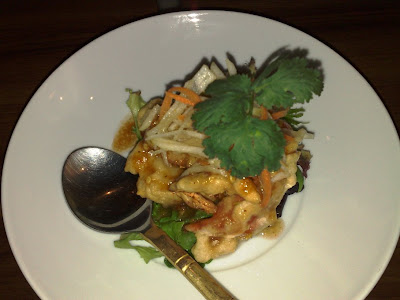 We also decided to go with one of the “Today’s Special” and have rice paper rolls with tiger prawns, mince pork, lime, tamarind, mint, nuts. However, the waitress heard me wrong and gave me 2 serves instead of 1. But it was good and we ate all of it! 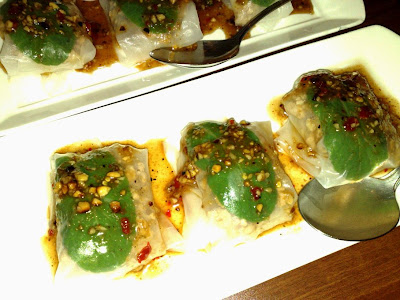 Of course, we had to try the stir-fry chicken and cashew dish. Of course, because we weren’t feeling too “curry-ish” on that night, and we already had curry previously when we went to Paradai II (which is just opposite Siam 1) 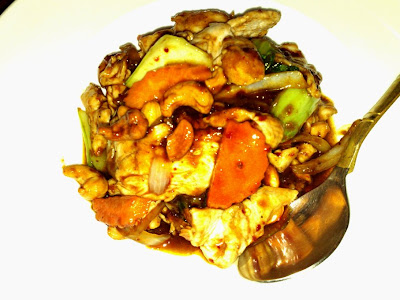 We also had deep fried butter fish with the same lemony tangy sauce. 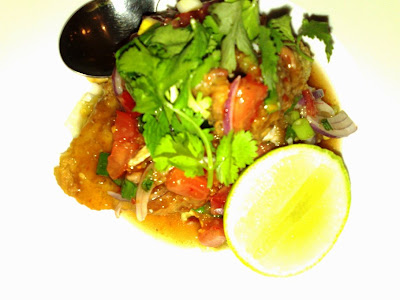 Now the highlight of the night, would have to be the dessert. We decided to go with the Sago and Coconut with Vanilla Ice-Cream, and Steamed Banana with Coconut and Ice-Cream 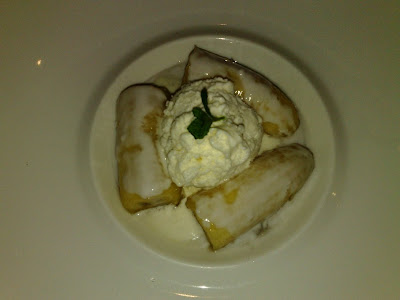 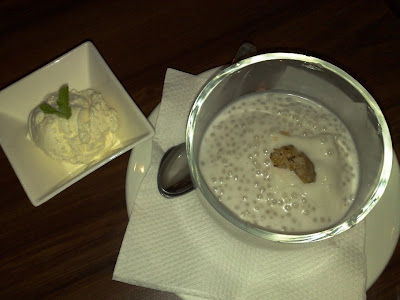 All in all, I don’t think this place should be in the Cheap Eats. Very misleading. Yes their dishes are mostly below $25 (some were above $30)… and the fact that we had to pay around $110 for 3 people, was in no way a Cheap Eat.

That would probably my only disagreement with the place. They had served really good food. Authentic to a degree, and not the usual Thai Restaurant fare, which is always a good thing.