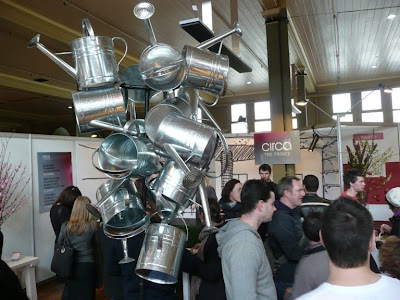 This was a funny display right in front of Circa, The Prince. Not too sure why it was there. I really wanted to try the Qual Kieve horseradish spiced coleslaw from them, but there was no room in my tummy!

Can you spot Philippe Mouchel from The Brasserie? 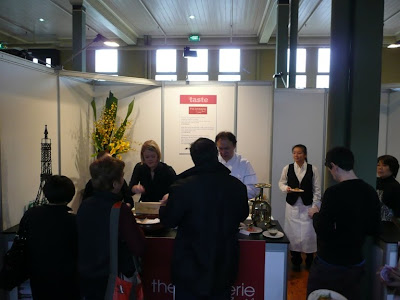 I would have liked to try the cured Tasmanian ocean trout, salad of kipler potato, but we had already dined on Verge’s version of ocean trout 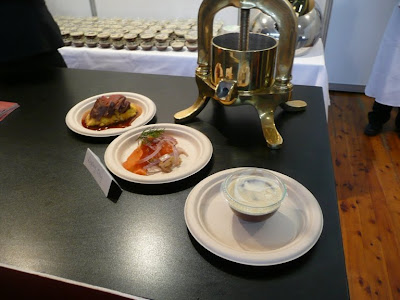 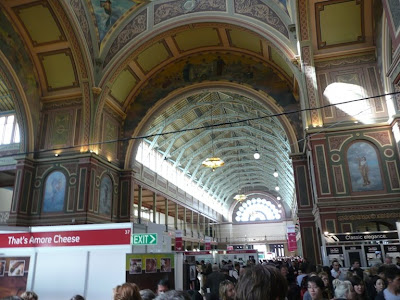 A blur shot at Jamie Oliver’s fifteen… we didn’t bother as there were too many people and Tobie Puttock (Head Chef) didn’t make an appearance. 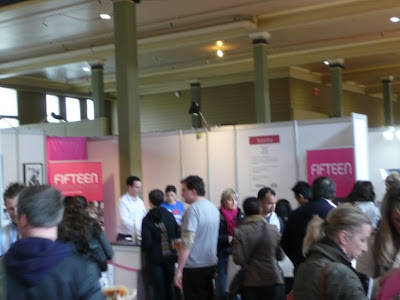 What the banner says is, The Press Club/ Hellenic Republic & Maha – all owned by George Colambaris 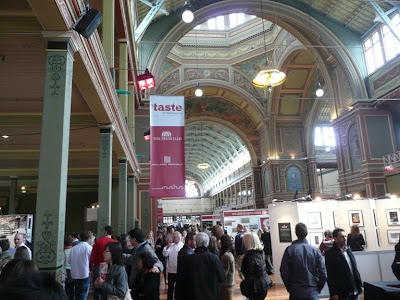 It was hard to spot George, as nearly all the male waiters/servers were bald like him 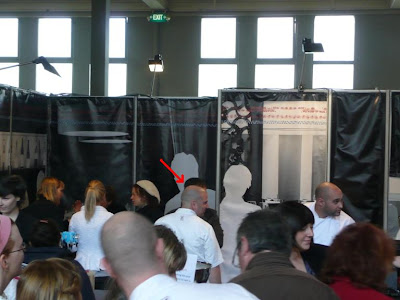 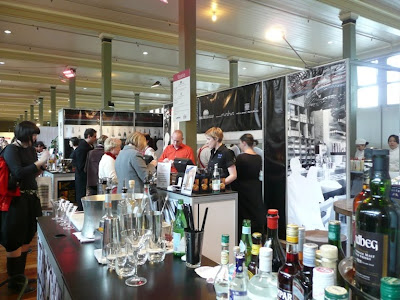 We tried the Spring Bay half shell scallops with tarama (a specialty of The Press Club)….

Not a fan.. but the scallop was beautiful… I should have gone for the lamb.. but the Boy doesn’t it lamb.. all his fault! 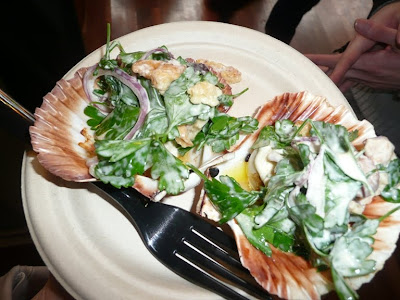 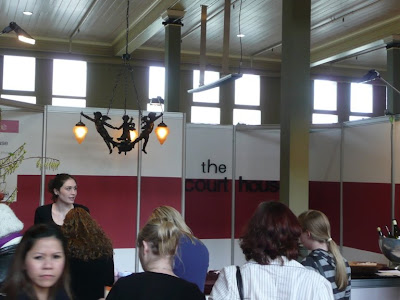 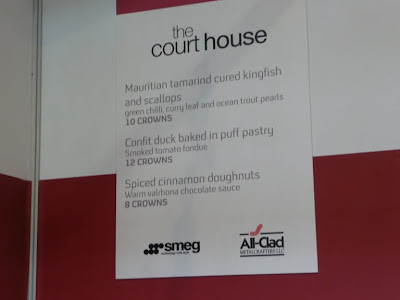 The scallop and duck dishes 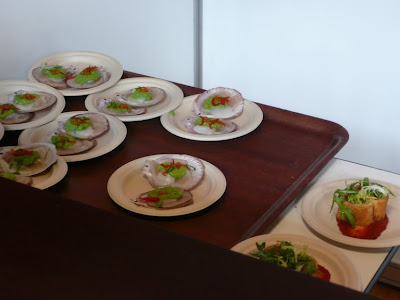 I tried the Confit duck baked in puff pastry, accompanied by a tomato fondue…

It was yummy, and not what I had expected… the tomato fondue was more like ketchup served on pie…

But the duck was lovely… nothing special though.. and I’m not sure if that was because I was stuffing myself… 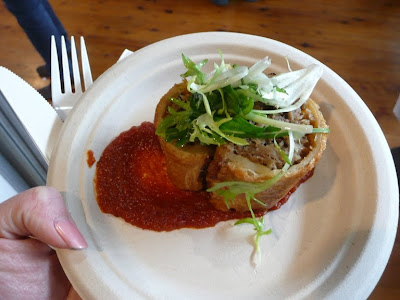 We had 4 crowns left over.. so we bought a scoop of ice-cream (I swear I got excited the moment I saw Move ‘n Pick)… we tried the VSOP flavour.. and that packed a punch, but the Boy went safe and we had chocolate… *sigh* 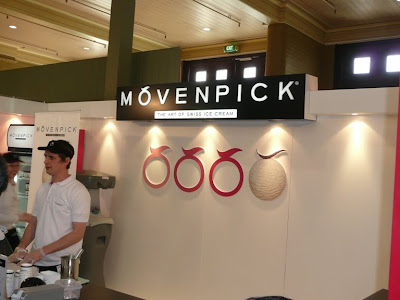