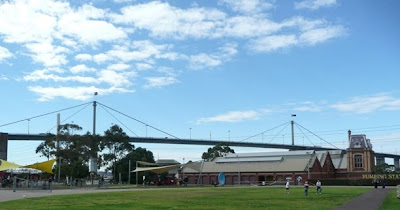 Saturday was a day trip down to Scienceworks… to visit the Star Wars original props used on the movies!! 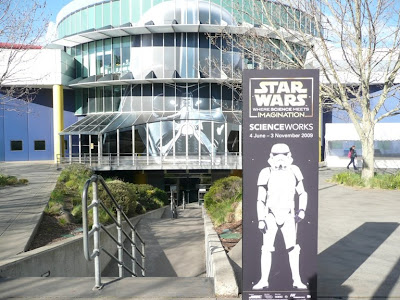 Got up a bit late (which seems to be a trend nowadays on our weekends!)

So exciting to see a storm trooper and Vader’s head greeting us as we were rounding looking for a car park. 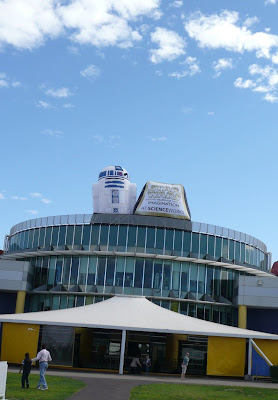 At the back of the building, they had R2-D2 waving in the wind… 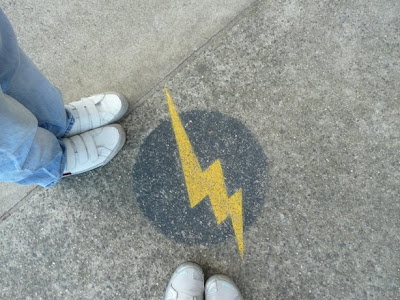 It is $18 per person to enter to see the Star Wars memorabilia, if not, entry to the Museum is free… you just need to pay extra for the Planetarium ($5 each) and the Lightning Room ($5)… we did the Star Wars and the Planetarium… only because it was narrated by Harrison Ford!

We also signed up as Museum members ($70 per household, 2 adults and up to 4 kids).. which meant, for us.. Free entry to Star Wars and half price on all other events =)

Upon entering the Star Wars enclosed area, you are at first greeted by Anakin’s pod-racer (which I haven’t uploaded.. I’ve got about 200 pics)… 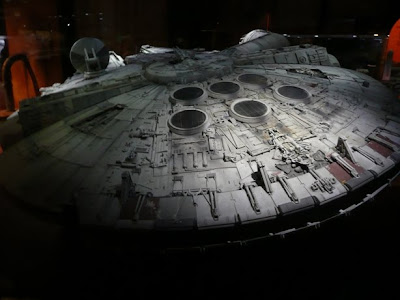 This is the scaled model for the Wookie Village…(Despite the signs telling you what it is, there was this father who was “educating” his children that this was the Ewok village.. sheesh!) 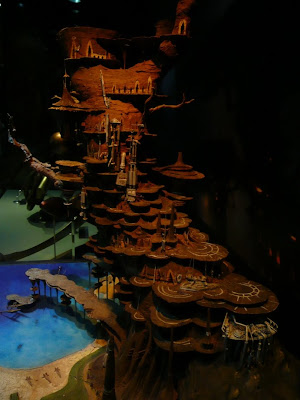 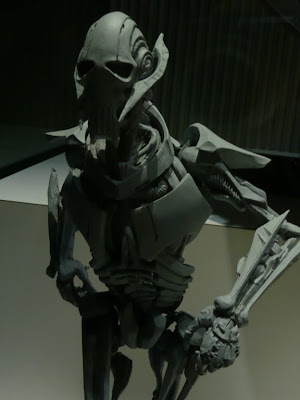 Chewwie!!!… It’s a life sized model.. and man Chewbacca is HUGE!!!.. You can see over my shoulder, the shoulder of a mannequine wearing Han Solo’s costume… 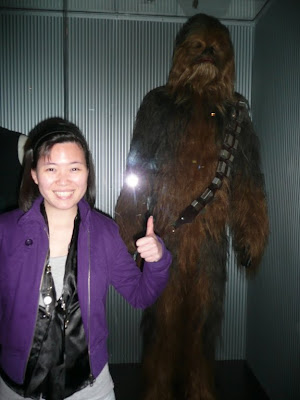 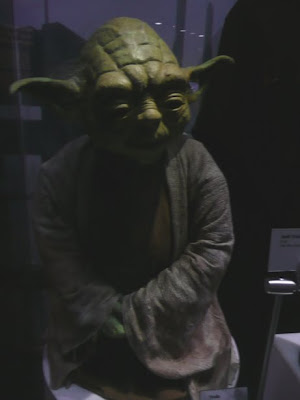 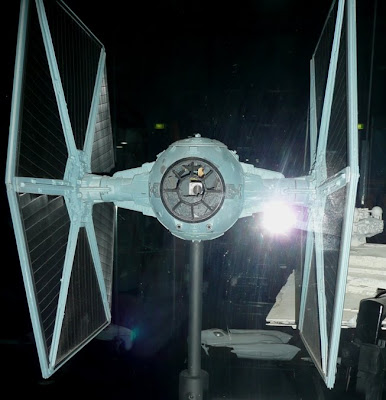 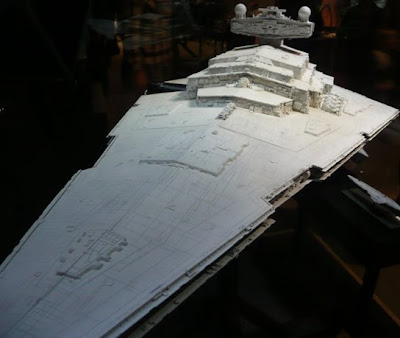 One of my favourites.. only because it was so shiny, and pretty in the movie… 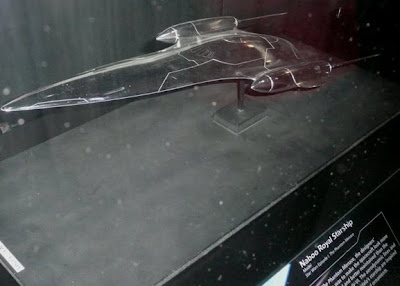 and his friend… AT-ST

Unfortunately, I don’t have a nice shot of the AT-TE 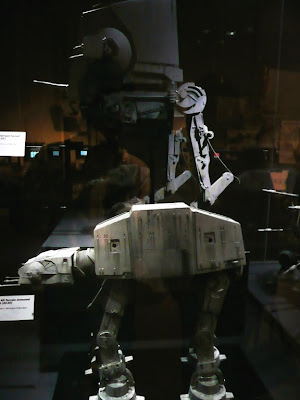 Me doing a bad impersonation of C-3P0 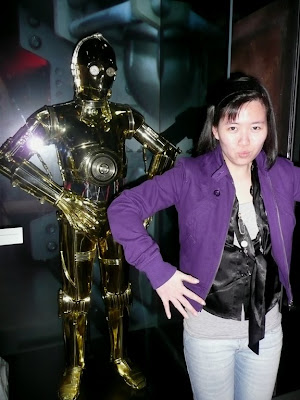 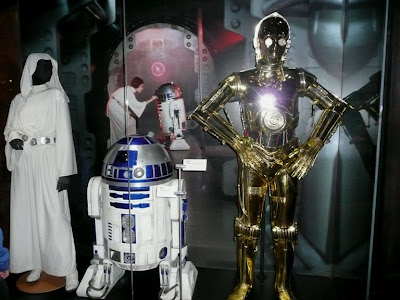 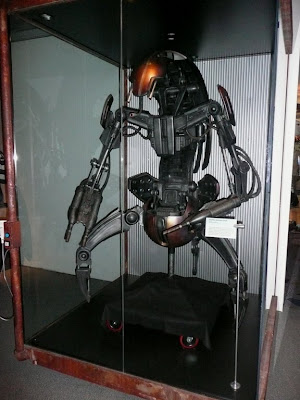 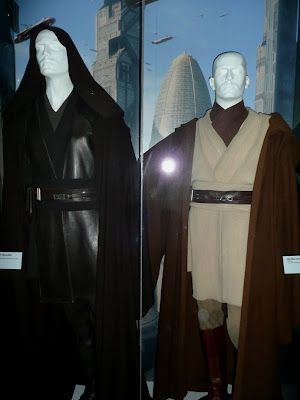 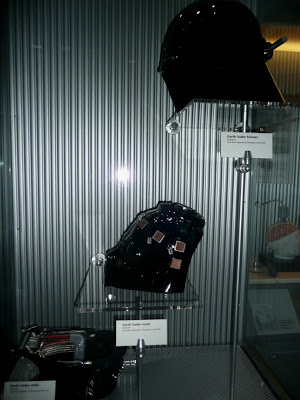 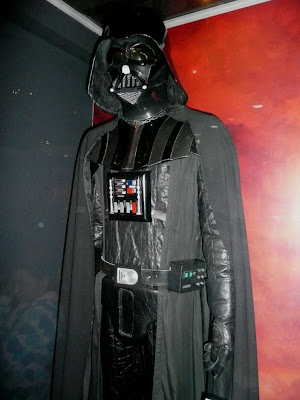 All in all, it was so-so… not worth the $18 per person… I was expecting soooo much more…. and I really wanted to see Jabba….

The ever logical Boy said, “What is so scientific about Jabba?”

Bah! The had other stupid aliens.. what’s so scientific about them??? Hmmpphhh!!!!!