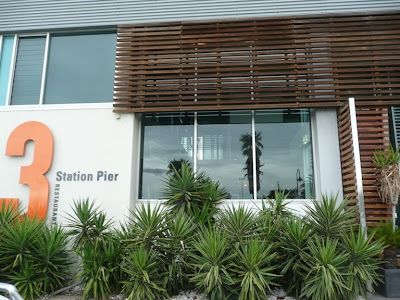 Okay, this is an extremely late entry…. We had lunch here about 2 weekends ago… On a Sunday… On Father’s Day to be exact! 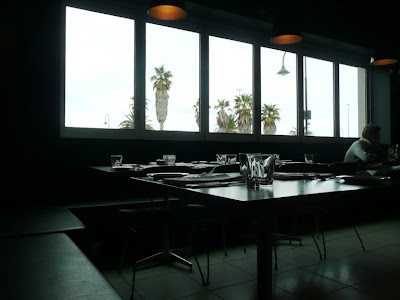 Now to all readers who are not from Australia, our Father’s Day is celebrated in September.

I asked someone why once. I was told that it is, “exactly 9 months before Mother’s Day. It’s a Scoring day!” 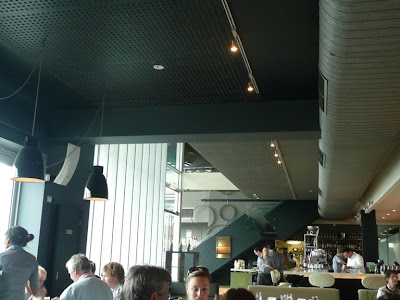 We were expecting a crowd, considering it was Father’s Day. Apparently, this only holds true if you were going to attend brunch in a Yum Cha establishment. 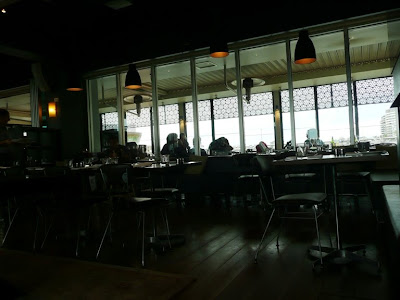 It wasn’t actually a cold day, but there was a cheerful fire lighted next to me (which the Boy refused to let me take a picture of!) 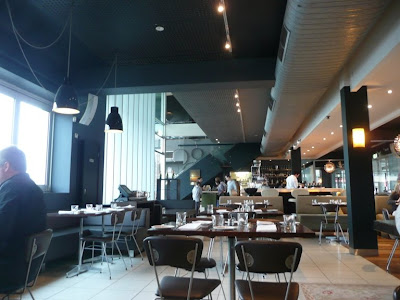 Service was extremely slow, considering the place was pretty empty when we arrived (12pm sharp!)… 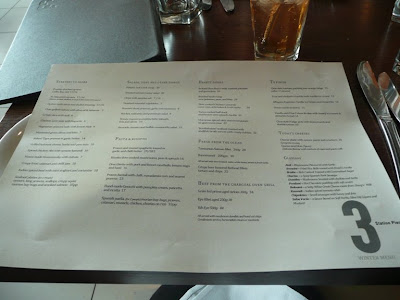 The batter was really nice, but it was spoiled by being soggy with oil.

The chilli jam was really nice… a sweet sambal olek sauce, not very jammy though. 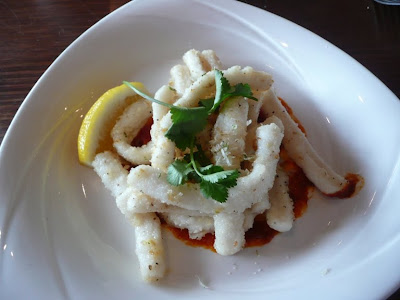 The Boy had the “Slow cooked Chicken Casserole with cous cous, artichokes and fresh herbs $28”

It was really fresh and filling apparently… 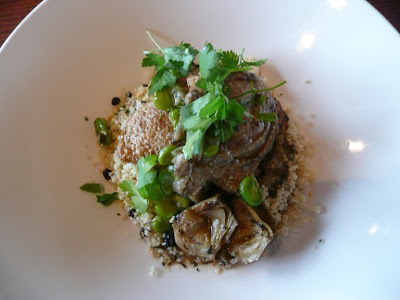 I had the “Roasted Lamb with baby potatoes and feta $ 29”

Really liked this dish, was a bit dissapointed with the quantity though. I was still really hungry after it. 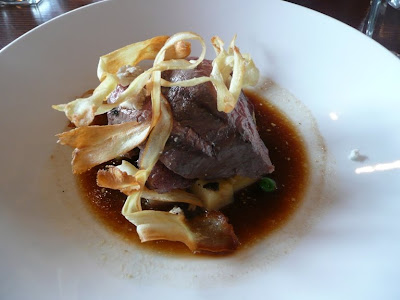 We asked the waittress to suggest a dessert for us.

She suggested the “Chocolate Fudge Pot with Honeycomb and Double Cream $10”, which was a special on that day.

When it arrived, it was so small! Served in a tiny shot glass… So good, rich, and dissapointing with the size and pricing… 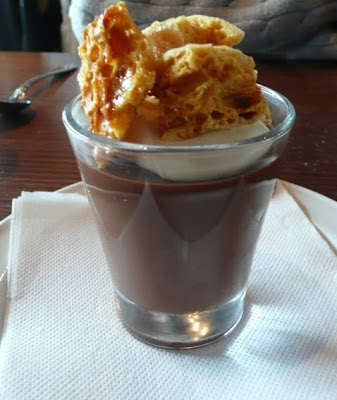 Funny thing was, right before we were served with it, our waittress saw the dessert and nearly freaked out… I saw her pull another waiter and the manager and she was discussing frantically with the manager… And I actually heard her say (whilst reading her lips), “This is $10??!”

She apolegetically gave us the dessert menu and asked us if we wanted anything else, whilst saying how sorry she was and how she didn’t realise the serving was so small… 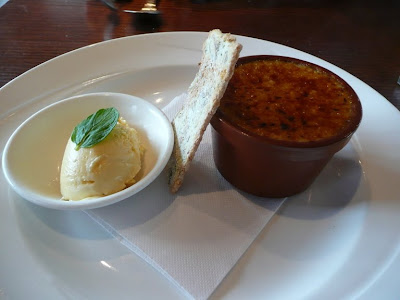 In the end, we were only charged $7.50 for the chocolate fudge pot…. and we didn’t even complain!…

Slow but excellent service…(the whole lunch took as around 2.5 hours, we know because we had to keep putting in coins for the parking outside) 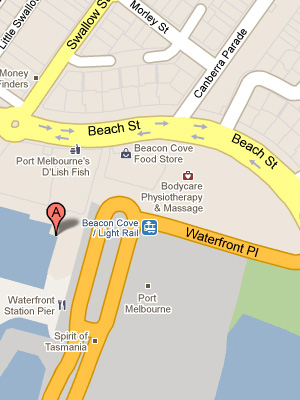