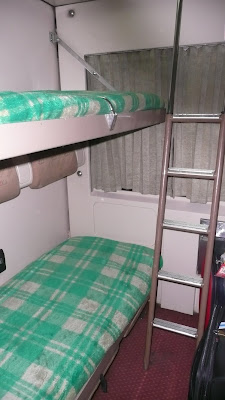 So as I was desperately trying to explain how the sleeping bunks were in the tiny cabin yesterday, I found a picture of it =)

This was our breakfast provided by our 1st class ticket… I dread to think what an economy ticket would have entailed…. roof top scenery maybe… 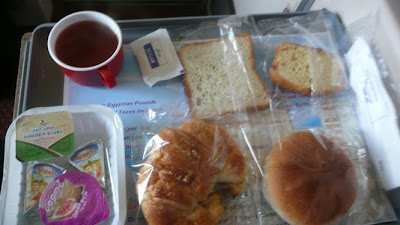 Finally!! We arrived at Aswan, after 13 hours. 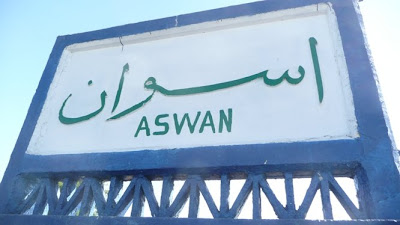 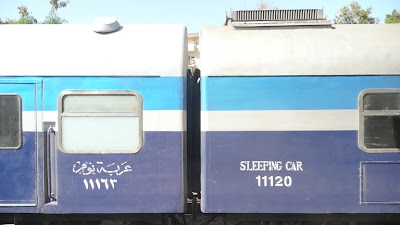 Outside the station, you are greeted by security (armed forces with their machine gizmo’s) as well as this friendly looking Tourist Information booth… makes one feel so safe *rolls eyes* 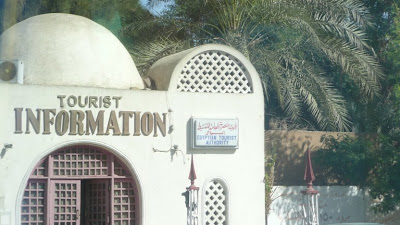 We were whisked off to the Philae Island to see the beautiful Philae Temple dedicated to Osiris and the Goddess Isis (Temple of Isis).

To get there, you have to sit on a boat for about 5-10 minutes. Very quick ride. Farag, who by now has earned my total respect (I’ve discovered that he has a doctorate in Egyptology, hence the Dr. in his name), explained that the Philae temple was reconstructed in 1972 as the original island (Philae) was utterly submerged upon the creation of the Aswan High Dam. 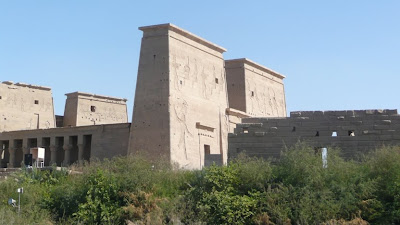 The columns and chapel dedicated to the Goddess Hathor (of love, fertility, music, beauty, etc.), the Greek’s would later recognise her as Aphrodite. 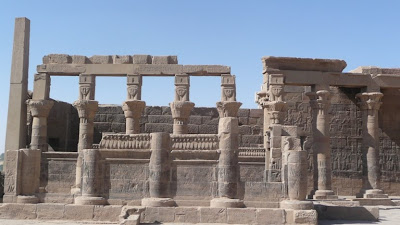 The beauty of the ancient carvings were marred by the destruction from the early fanatic Christians that invaded Egypt. Click to enlarge this, so you can see the terrible hacking they made onto the beautiful stone walls. 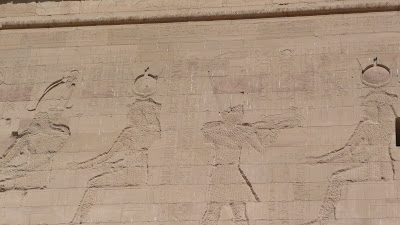 This is taken from within the temple, to show you how many people there actually was walking all over the place. 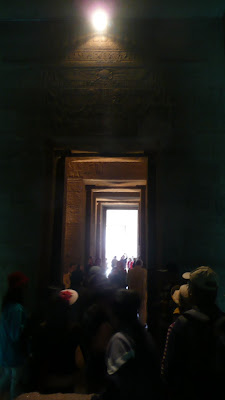 The beautiful columns depicting Papyrus and Lotus carvings. Imagine, all of these were in colour!! The splendour and grandeur of the ancient times… Ahhh, how I wish I could see the original work. 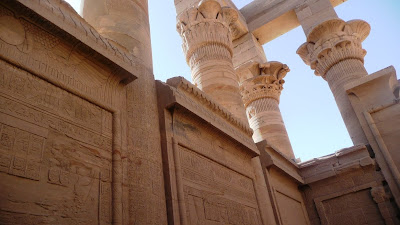 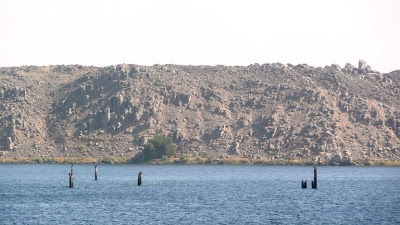 Me doing my obligatory pose in front of the Pylons =)

TRhe Pharoah depcited on the Pylons is Cleopatra’s father.. I forget what his name is, but he was nicknamed “the Flutist” by the ancient Egyptians for being a rather… “soft” Pharoah…as he didn’t attend any fightings or wars… the temple just happen to be completed during his reign, hence the carving of him on the Pylons. 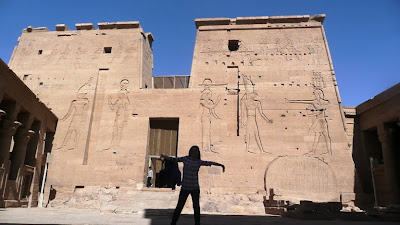 The well preserved carvings within the temple walls… 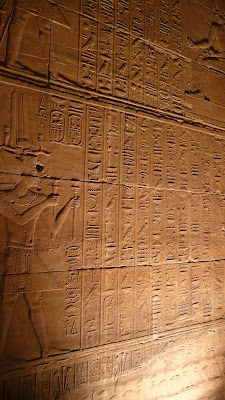 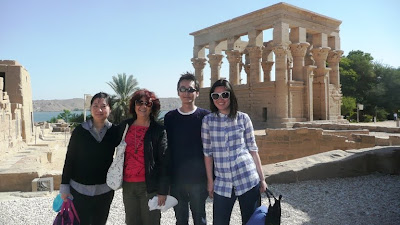 From there, we travelled to see the unfinished obelisk, which is the largest known ancient obelisk. It was a ginat monument to behold, and if they had completed it, it would measure a whopping 42 meters!

Unfortunately, when they were about to finish carving it out, they found baseline cracks in the stone, and decided to stop and leave it behind.

This stone quarry site, is where all obelisks and quarries come from to build the ancient wonders we see today. How they transported all of this to be sent all over Egypt still astounds historians today. 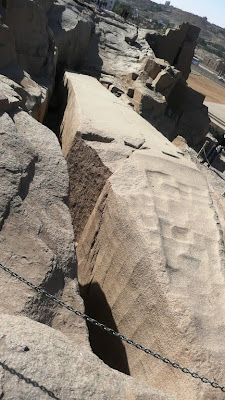 FINALLY, we are introduced to our cruise ship, “the Tulip” (pictures in the following post). It didn’t look very grand as per the Moondance, but the interior had recently been refitted and refurbished, hence we were very lucky. 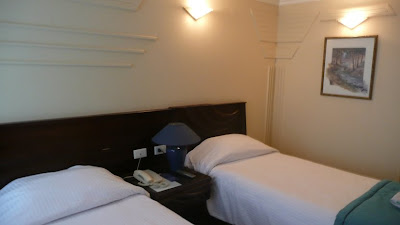 A quick wash up, and down to the dining room for lunch! 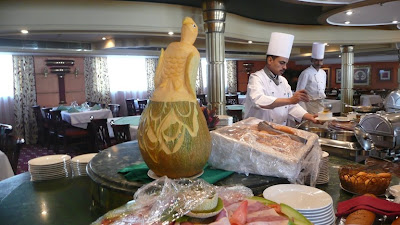 We had the same variety of food for every meal for the next couple of days (actually for the remainder of the trip)… after about 3 days, an uncle on the tour was lamenting on his unfortunate self…. and going on about Laksa’s and Char Kuey Teow (poor man comes from Penang)…

We on the other hand loved every bit of the food, being a true foodie, authenticity is better than anything. 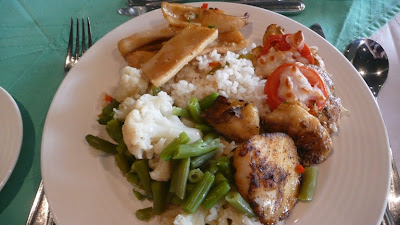 After lunch, it was on to our Felucca Ride. I didn’t manage to take an actual shot of our Felucca, can you imagine that?! 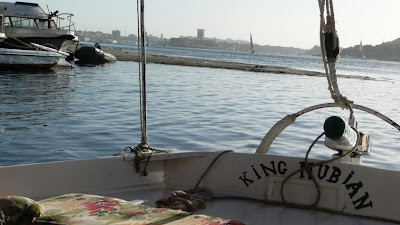 But I managed to hang upside down off the boat to catch this shot of our sail!! 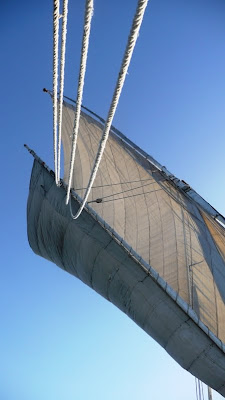 The ride was extremely smooth and calming. We sailed around the Elephantine island (again, I missed out on photo’s, don’t ask me why… we have over 2000 pictures and somehow, we still manage to miss things!)

Our Nubian captain decided to take out his musical instrument (Like a Kompang or a Bodhran) and got us to sing along, as we sailed around!) 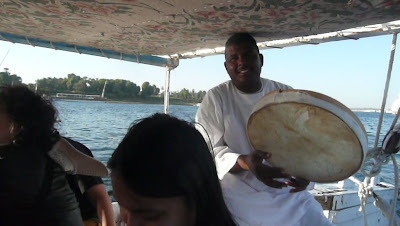 I was a bit upset that we did not get to visit the Elephantine island itself, as there were several ancient Nubien sites left, but oh well…

We did however get a shot of the cruise ship, “Sudan”… The set of “Death on the Nile” of Agatha Christie’s work… Any moment, we were expecting to see Hercule Pairot walk out on the decks…

Back to the ship, a proper bath and shower and a quick nap. Apart from our tour group and a family of 4 from Kenya, we were the only occupants!

Dinner was slightly different, we had pasta! 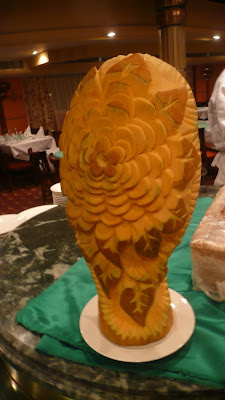 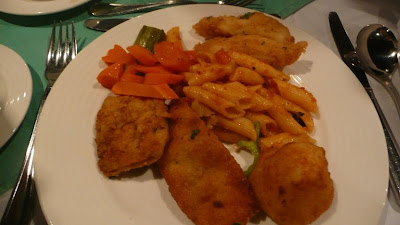 Tomorrow (HAH) will be a big day, as our morning call is at 2am… yes 2am!! We set off at 3.15am to Abu Simbel. It has to be so, as we will be leaving together with a guided convoy with other tour groups.

The day ended with a hilarious show of Belly Dancing, as it started out with a man and his voluminous skirts. Didn’t get a proper shot as he just twirled and swirled non-stop for 15 mins. I was dizzy just looking at him!