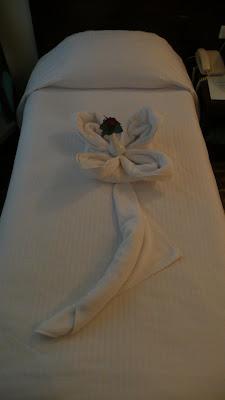 After our early start and long morning to Abu Simbel and the High Dam, we returned to our rooms to find that the houskeepers (I still don’t know why that’s what they are called), had taken the two largest towels and made it into a flower… such a beautiful simple gesture… 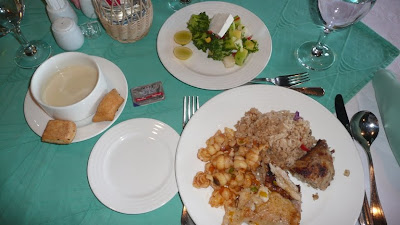 We got back to have our lunch.. Being the brave foodie that I was, I did eat the raw salads, but squeezed a lot of lemon/lime juice onto it… my sister cringed when she tasted my salads.. but I actually really liked it… especially topped with a lot of Feta… it was wonderful =) 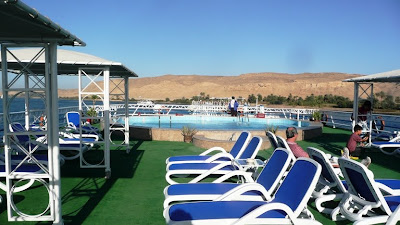 After lunch, we freshened up and got up on the deck to enjoy the beautiful sunny day. The water in the pool (which wasn’t very clean) was extremely icy cold. My feet was got so numb when I stood in it.

There was also a Ping Pong table (Table Tennis) and some gym equipment which no one used up on the deck. 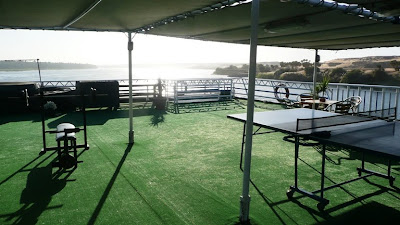 Big Sis and Madam Mummy trying to not get blown away by the wind. 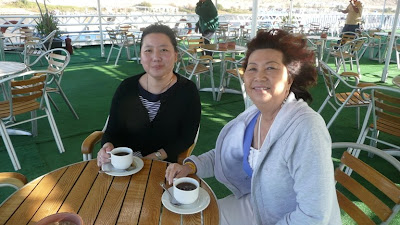 A Felucca passing us by, or rather, we were passing the Felucca by. 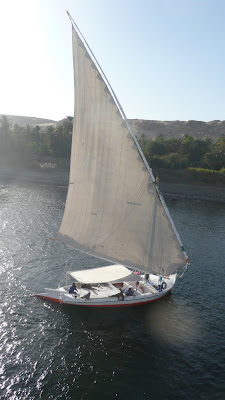 The Boy and I chilling in the windy cold sunny day… it was extremely confusing! 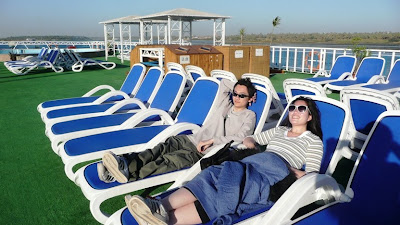 This is the lobby/reception area of the cruise ship. Sometimes we’d have to cross 2 or 3 reception areas of several cruise ships to get out to the land. The ships would park right next to each other (parallel) and we’d have to go across. It was fun, as we managed to see into the interior of the more expensive cruises 0_0 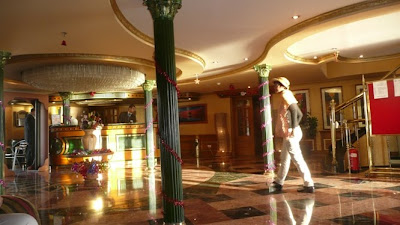 In the evening, we visited Kom Ombo just before sunset. Unfortunately, it was quick to darken (winter in the desert), and we missed some photo taking opportunities. At Kom Ombo, we realised the great wealth and knowledge of the ancient Egyptians (even more than we already have). 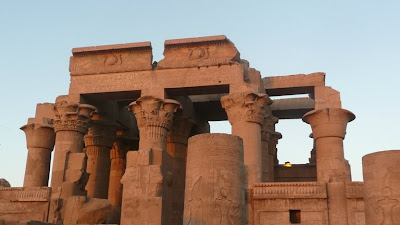 This is the excerpt from Wikipedia, as I am lazy once again =)

“The Temple of Kom Ombo is an unusual double temple built during the Ptolemaic dynasty in the Egyptian town of Kom Ombo. Some additions to it were later made during the Roman period. The building is unique because its ‘double’ design meant that there were courts, halls, sanctuaries and rooms duplicated for two sets of gods. The southern half of the temple was dedicated to the crocodile god Sobek, god of fertility and creator of the world with Hathor and Khonsu.

Meanwhile, the northern part of the temple was dedicated to the falcon god Haroeris, also known as Horus the Elder, along “with Tasenetnofret (the Good Sister, a special form of Hathor) and Panebtawy (Lord of the Two Lands).” The temple is atypical because everything is perfectly symmetrical along the main axis.” 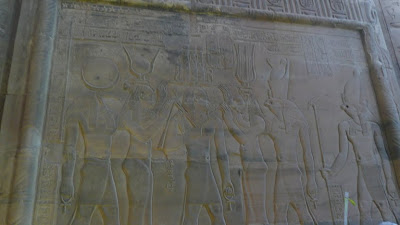 The beautiful columns which dominate the temple now 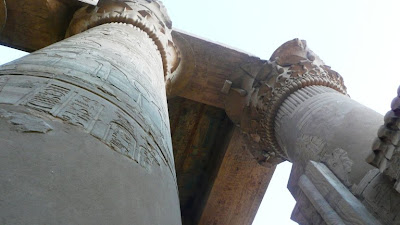 On one wall (the reason why all tourists flock to this temple), is carved, the ancient medical tools that the physicians/priests used in their daily life. 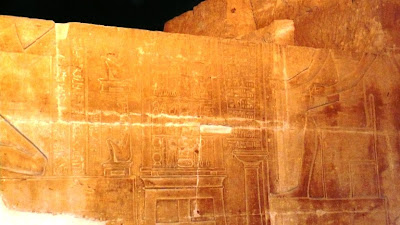 Farag once again explained and showes us how we in the modern era are still following the ancient Egyptian way and pointed out that in Modern Medicine, the eye of Horus is still being used when diagnosing illnesses with patients using arithmacy. 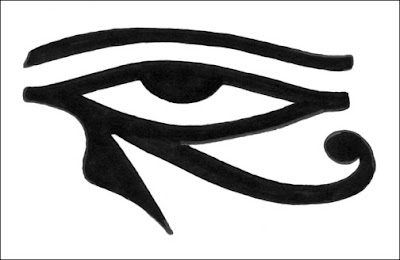 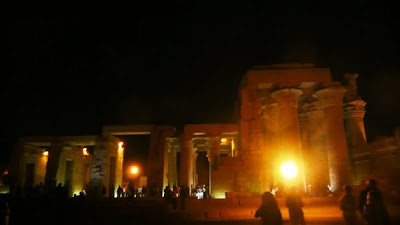 When we got back on our cruise, we had a pre-dinner cocktail party! Unfortunately, not many people turned up for this, I guess they were too tired and wanted to rest before dinner. Most of the drinks were pure fruit juices, but I had the one with some green alcohol in it and lime =)

Some finger foods served together with the drinks. 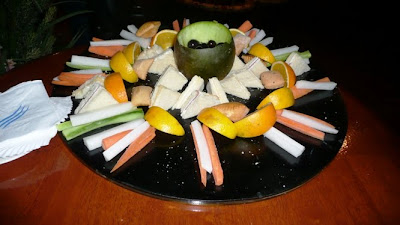 And then it was dinner! We were served pigeon. Vry bony dried pigeons. 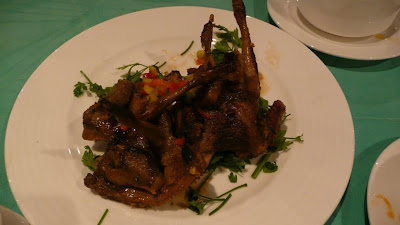 Same fare of food… delicious to the Boy and I, but bland and boring to the rest of the tour group =) 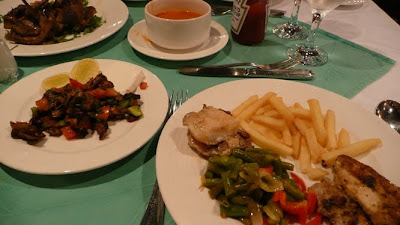 My favourite dish of the whole trip and I ate this with relish at every opportunity (breakfast, lunch or dinner!)

I usually go a bit mad and put a lot of tomatoes, capsicum and lemon on it.

The locals (chefs and waiters) usually look on impressed that I knew how to enjoy this simple and tasty dish!

One of them even gave me a thumbs up once! 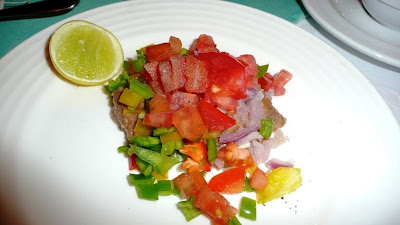 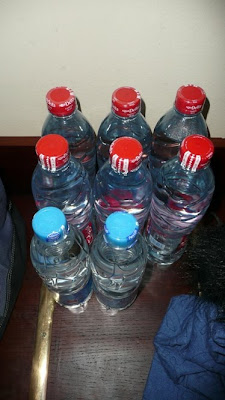 When we got back to our room, the Boy & I decided to forego the evening entertainment which was provided by the cruise’s crew. Nubian Staff Party. We found out that Madam Mummy and Big Sis went down for it, and Big Sis even got pulled into a dance =))