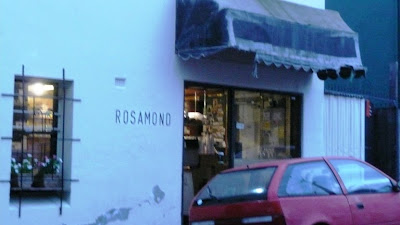 After reading posts by Melbourne Gastronome and Mel:HOT or NOT regarding the crazy genius of Pierre Roelof, I had to try it for myself… 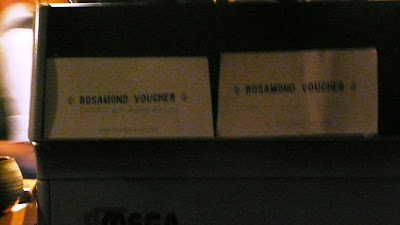 Pierre only does Thursday evening’s at Cafe Rosamond… there are no bookings and you pretty much rock up from 7pm-11pm and try to get a place. There is no set menu, and Pierre concocts up a different tasting menu every Thursday… 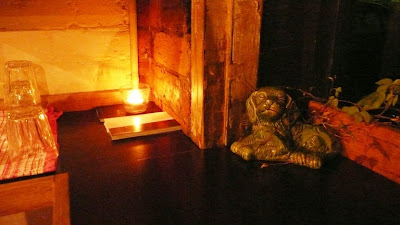 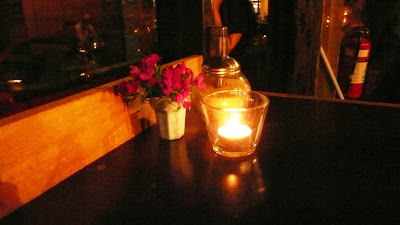 It’s not a very big establishment… apart from us (We were there 7pm sharp), there was a group of 8, and 2 groups of 4 and it was full. News must have gotten round! 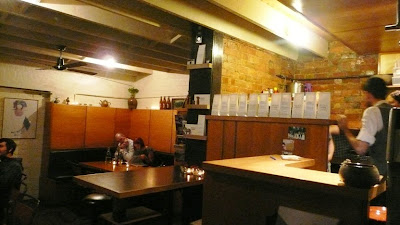 Once seated, the cool staff (it is Fitzroy after all), will introduce you to the night ahead with a choice of 1, 2 or 3 courses ($20, $30 and $40 respectively) with an additional 4th course (highly recommended)… dessert test tubes ($9) 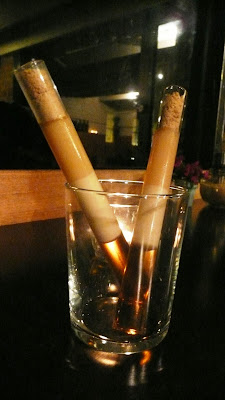 That night (this was only 2 days ago and the 2nd week since opening), our tubes were Pancake inspired… with layers of pancake, banana and maple syrup, as well as crumbled sugar at the top…

It was a bit funny with the Boy and I tipping our heads back, and, …err… sucking hard at one end of the tube for the taste explosion to come through… it was well WORTH it… the Boy kept going on and on about how similar the idea was to Heston Blumenthal’s (Fat Duck) Alice in Wonderland experiment… *sigh* 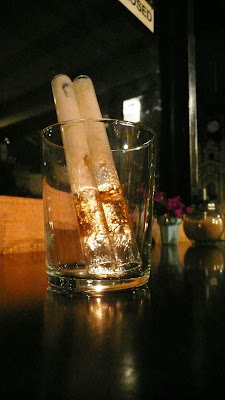 Next up, we had a mix plate of frozen kiwi cubes, Feijoa, plum wine jelly and cardammon.

Poor Pierre, I made him repeat Feijoa over and over and he just spelt it for me. I’ve never heard of it… Have you? 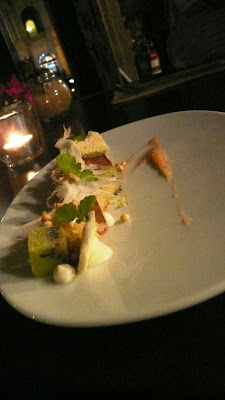 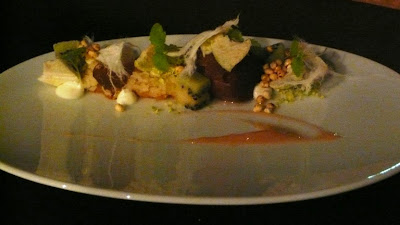 Next up, Pierre brought to our table, “A Classic Chocolate Australian Lamington with desiccated Coconut”… and you should have seen the look of dissapointment on my face 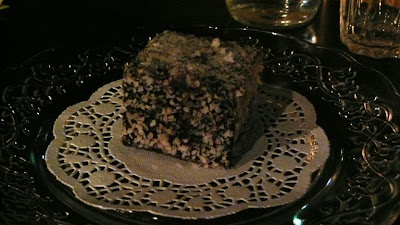 That was until we reached the middle of the Lamington.

There was a round chocolate mousse ball with little fizzle pops (which I mistakenly thought was cocoa pops) and the fizzing and crackling going on in my mouth with the chocolate was just the best experience ever… that was a real fun surprise! 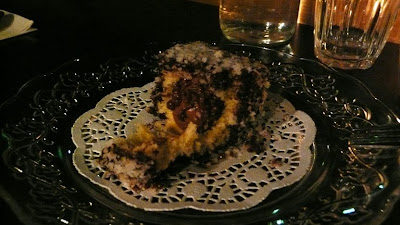 The last dish, was a bit confusing and we didn’t get a proper explanation on it (getting busier in the kitchen)… 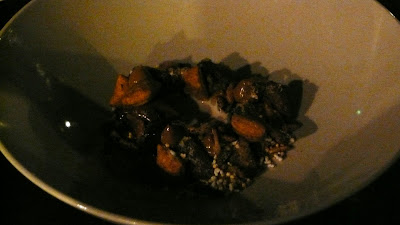 It was a Medditarranean inspired dessert, with dates, Amaranth cereals, Nutella drops, oats, jelly (which tasted of sarsaparilla) surrounding and forming a milky creamy crater in the middle… 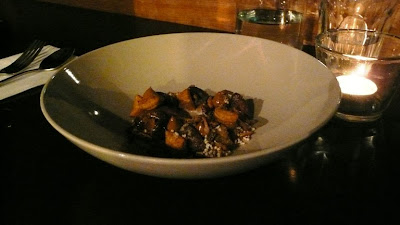 A fun night, and I will definitely return on another Thursday night… Can’t wait for the next tube tasting!

NOTE: Pierre Roelof’s Dessert Evenings are ONLY on Thursday evenings from 7pm-11pm 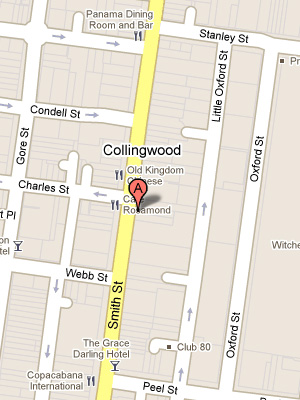