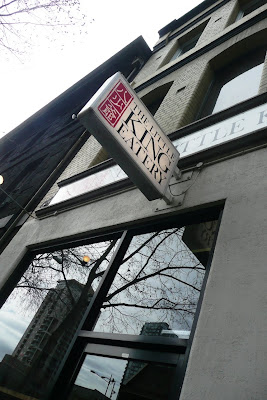 Apparently she’s been here twice before with another Malaysian… and the fact that N had been exposed and worked in Malaysia for a brief time helped me in trusting her taste buds =)
So one Friday lunch, we managed to take some time out from our busy hectic schedules (with me putting up a million “to-do’s” for her, for when we returned)… 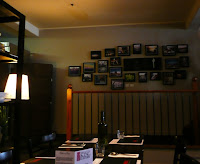 We arrived at 12pm sharp.. (apparently any later and it gets really crowded)… I was a bit lost for words when we walked in… the interior was quite unlike any Malaysian eateries (in Melbourne) that I’ve ever been into…
Set in a more “Western” style, it looked quite modern and cozy (not your normal style hawker restaurant/cafe, but more proper restaurant style, if you know what I mean)… 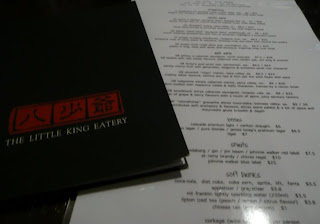 Browsing their menu wasn’t easy, as there were quite a number of dishes to choose from… so we stuck with the classic favourites of Laksa and Char Kuey Teow (reputed to be quite good, and with my entire family originating from Penang, I had to taste this first hand) 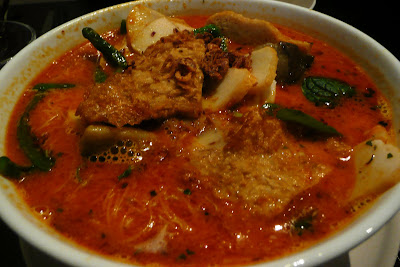 The seafood curry laksa was actually quite good. The soup was rich and creamy (but not spicy enough), however it wasn’t as good as the old Laksa King’s version, but it was slightly better than the Laksa Lemak from Penang Coffee House… 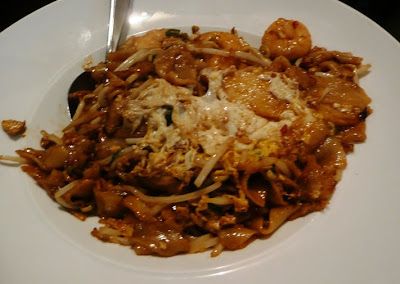 Now to the star dish of the day. This was actually quite close to a good Hawker stall version of Char Kuey Teow… the noodles weren’t too gluggy or too dry and the seasoning did give me some sort of flashback to sitting on the road side and eating at Lorong Selamat in Penang (Malaysia)…. so I reckon it was a WIN!


Service was a bit over attentive at times, they kept wanting to be helpful and clear our dishes even after we told them we were quite happy to just chat and nibble on…


However, over attentive is better than not attentive at all I guess….


So well done N, I will return to this establishment, but it’d have to wait a while… I just have to be homesick enough to want to pay 5 times the amount of what I’d normally pay in Malaysia… but I think I will cave… February next year is much too long a time to wait….especially for good Char Kuey Teow =)


*Disclaimer: All food ratings are purely based on my own experiences and how I feel about the service, food and quality

Little King Eatery is open from
Monday – Friday 12-9pm and
Saturday from 5-9.30pm 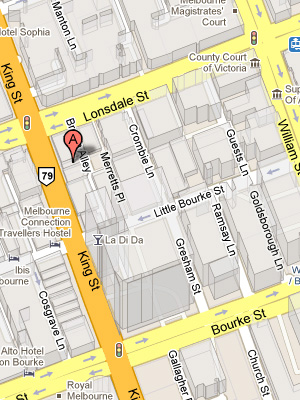