Last week, the Boy and I had the honour to be invited by the owners of Chilipadi at Melbourne Central to try out their menu for their Nyonya (or Nonya) Weekend Buffet (which will be starting soon). Special thanks to Penny (from Jeroxie) who gathered a bunch of us bloggers and tweeps to try the fabulous food that night!
At the end of our fantastic feast, we were asked to give our honest opinion in terms of the range, authenticity and quality of the food provided to us through out the night.
I am still quite amazed that both Robert and Li (our wonderful host and chef) put up 19 dishes for us all! So sit back and relax (make sure you aren’t too hungry), as I take you on a marvelous food journey.
For those of you who aren’t acquainted with the term Nonya, I’d suggest doing some research on Google or Wikipedia. Some of you may have come across the term, Peranakan Cuisine, and that is pretty much the same as Nyonya cuisine.
Entrees/Appetizers
The Rempah Udang was an amazing combination of sweet and savoury and brought back many happy memories of my childhood where I’d be glutting away with these. However, after hearing how much work these took to make, I chewed each mouthful slowly and was fascinated by the different textures it provided.
We were also provided with 3 different sauces (pictured), which were cincalok acar, sambal belachan and lobak chilli sauce.
Our favourite of the night, had got to be the cincalok and the only way to describe it is, “CINCALOK-ISH!”… lols
The Lobak was made out of Chicken (usually pork), as Chilipadi is a Halal restaurant. The bean curd skin was wonderfully crisp and the chicken mince was delicately seasoned. It was good, but I still prefer the pork version.
The Pai Ti was slightly dissapointing given that the first two entrees’ were so delicious. The filling of the Pai Ti was good, but I think it sat too long in it’s crispy shell (whilst waiting for us to settle, so definitely our fault!) and it came rather, uncrispy. Not soggy, just airy (I can’t think of the term…)


On to the mains! And boy were they fantastic mains… The Otak-Otak above was spot on! It was an exact replica of what my grandmother makes… and if I didn’t know I was in Melbourne doing a food tasting event, I’d swear that I was eating my Grandma’s (Po Po’s) dish!!
Note: This Otak-Otak wasn’t a favourite with a few others, as they were more used to the grilled (panggang)  version, more popular in the Southern States.
The Achat Fish had got to be the highlight of my night. The fish was fried to a golden brown before being served with a pickled sauce. Sweet, sour and slightly spicy… this went extremely well with rice and was extremely appetizing!
Somehow the Pong Tay didn’t quite live up to my expectations. Again, this is a pork-free version of the original Babi Pong Teh and it tasted a bit bland. There are a few variations of this dish and I may not have been used to this version. But the key ingredient is the Bean Paste or Tau Cheo.

PETAI!! Was what I was excitedly saying over and over. R&H from Pepper, Salt, Sugar and Spice and myself were absolutely ecstatic with stinking up the air around us. Already on a high from cincaluk, we happily devoured this dish.


Luckily for those around, the petai (stink bean) was probably not fresh from the pod and the flavour wasn’t as strong as you could probably get it when fresh 😛


By this stage, we were loosening our belts and unbuttoning our pants to fit in the other dishes that seemed to flow endlessly from the kitchen.


A simple mixed vegetable dish which due to the fermented bean curd, again brought back memories of home and vegetarian dishes. This dish also included glass noodles.


My second favourite dish.. another fish dish, was the Ikan Assam Pedas. The Ginger Flower (Bunga Kantan) that adorned it was magnificent and although not fresh, it was still very aromatic and I naughtily ate a spoonful of it (tee hee hee)


The Inche/Enche Kabin dish was good, but again (could just be me), there seemed to be something missing. The worcestershire sauce however, was spot on! Go Lea & Perrins!!

I remember asking my mother once (as she hails from Penang) why quite a few dishes seemed anglo-cised and she explained that most of these recipes were created to appease tastebuds of the then British Masters.

Hence, dishes like macaroni pie (it’s a Penang thing), Inche Kabin, Hainanese Chicken Chop, etc became such popular dishes not only to the British people occupying Malaya, but also to the locals.

The Ju Hu Char was really quite good, but it was missing lettuce leaves (for me). I would usually wrap the ju hu char in lettuce leaves and have it a la spring-roll.


This was hilarious… only because when the waiter was introducing the dish to us, he kept saying, “Kari Kopitiam” over and over again. Which obviously baffled us, until we realised it was meant to be Kari Kapitan!
Poor Boy was so embarrassed as we burst out in gales of hearty laughter… in terms of the taste of the dish… i remembered it as being slightly sour (from the lime juice), but that’s pretty much it…

This curry chicken dish was a normal chicken curry to me. It wasn’t bad or anything, just normal good curry chicken.


I’ve never had this type of Kerabu (salad) before. It’s very much a northern Malaysian cuisine, influenced by the close proximity to Thailand. Pretty much anything can be a kerabu and this was delicious!


This dish had us all comparing it to the Indonesian dish, Lodeh. Vegetables in a creamy coconut gravy, this was also quite good.


I think this was a Leng Chee Kang, a cold dessert usually served with dried longans and white fungus, red dates, gingko and anything sweet.


I wasn’t a fan of this as it had goji berries in it, and it reminded me more of a soup than a dessert.


I really liked this, on account of it being sweet! Boiled sweet potatoes and yams in a sweet coconut milk broth, the only thing missing from this was SAGO!


This sweet and dense tapioca and coconut cream kueh (kuih) or cake was a pretty similar version of what you would get in Malaysia, so it gets points for authenticity. I didn’t actually eat this, as I’m not a massive fan of kueh, but the Boy said it was good 🙂


We ended the night with request for Teh Tarik (Malaysian tea that is pulled before being served. The above is an action shot of the tea being “pulled”. Teh Tarik literally translates to Pulled/Pulling tea!
Ms I-Hua and the Boy dined as a guests of Chilipadi and is absolutely delighted to have been given this opportunity! 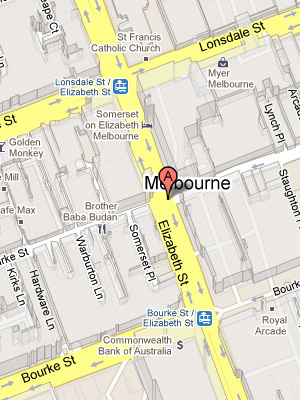