Yes, the dreaded season of the pollen attack is now here. However, it also signals that summer is just around the corner, the days are getting longer which means The Boy and I are able to create in the kitchen with more time on our hands.

One of the quirks of The Boy is that he loves to reinvent things that aren’t broken. He gets all inspired and creative and always needs to challenge the norm. Sometimes it makes no sense whatsoever, and sometimes it is like a light bulb has lit up above my head.

One of the things that he is keen on challenging the norm is to break the mould of traditional Malaysian foods.

You’ve seen him do this with his take on Bak Kut Teh, a classic Mamak drink, and most recently with a Pandan Swiss Roll dessert.

In this Playground post, he takes on Kuih Talam. 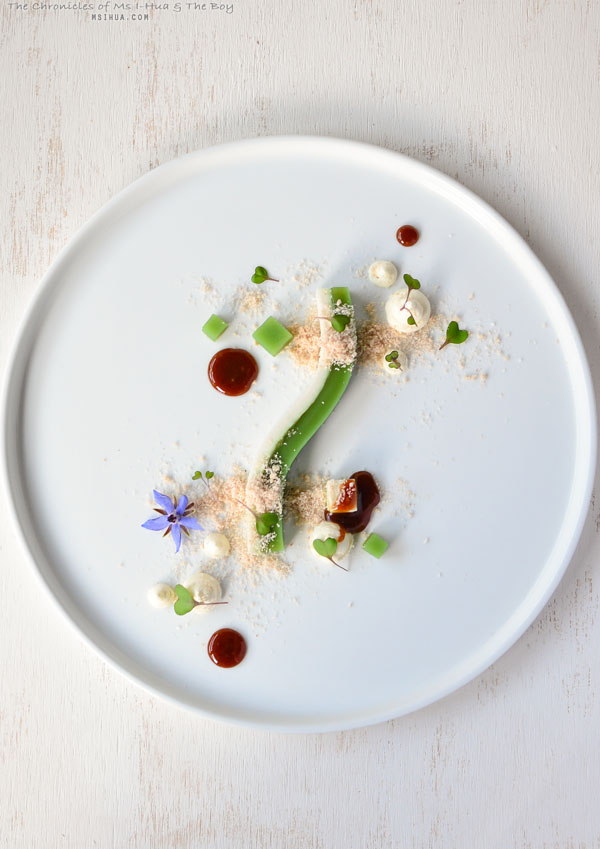 Elements on the Plate: 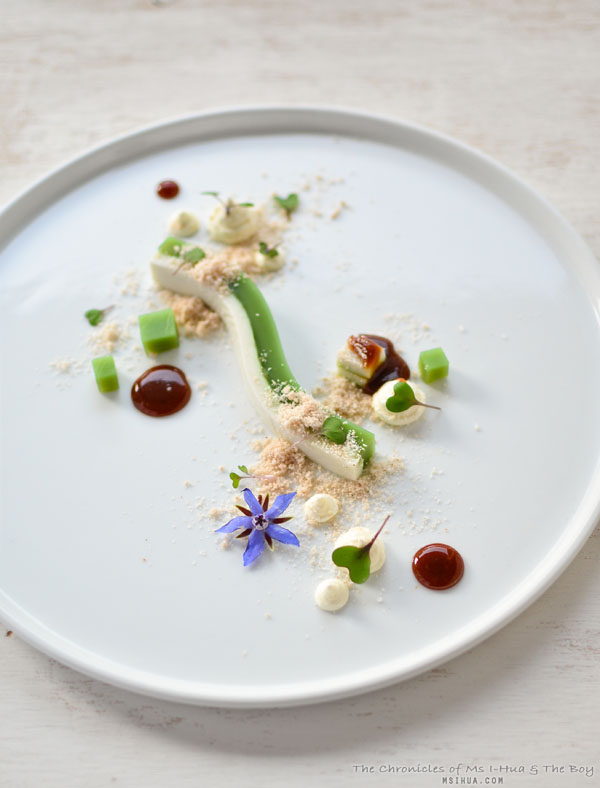 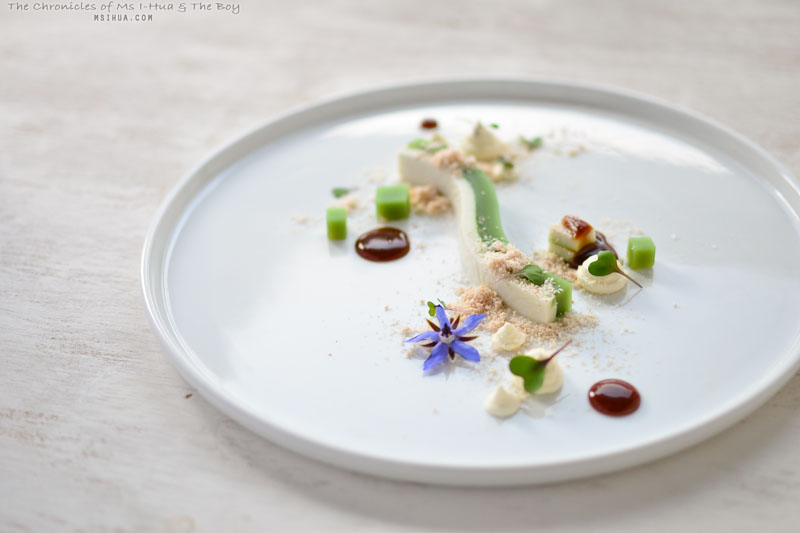 Kuih is a generic term of snacks that encompass cakes, cookies, biscuits, pastries and even puddings and commonly found in South East Asia. Mostly of the sweet variety, kuih can also come in savoury forms.

The overall flavour combination is sweet and slightly salty.

The Boy’s version is definitely more glamorous in presentation and you might expect to find something like this presented to you when dining out in a fine dining establishment in Asia.

What do you think? Have you had Kuih Talam before? Would you give this version a go?