Last week, I channelled my inner Betty Crocker and came up with this variation of cake doughnuts or donuts. The week previously, I had made some yeast doughnuts that were deep fried in beautiful glistening golden oil. They turned out amazingly well (recipe to come). Read more here about cake doughnuts vs yeast doughnuts.

So I thought, the next step, would be to attempt cake donuts (from this point on, I’m going to use the easier-to-spell version). I racked my uncreative brain cells for some inspiration deep within for a flavour that would suit what I wanted.

Inspiration came from an instagram post which my dear Hannah posted up. It was a picture of a Red Velvet Cake ice-cream in a cone.

Next thing I knew, I was researching recipes on the internet. I was often distracted with pictures of cats and puppies.

A few hours later of laughing insanely at my Mac at videos of cats jumping and failing badly at landing, I had a semblance of a recipe in hand, much to The Boy’s dismay. 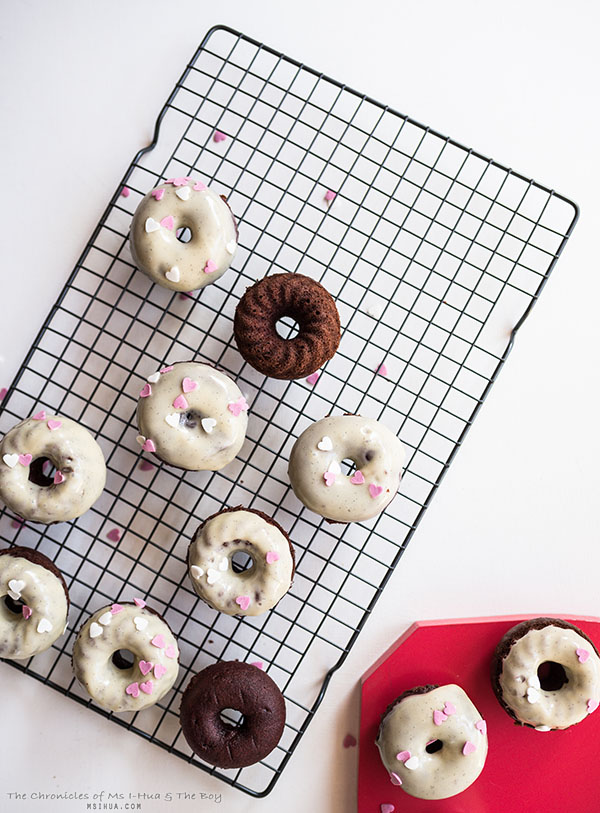 Get ready, here is the recipe. 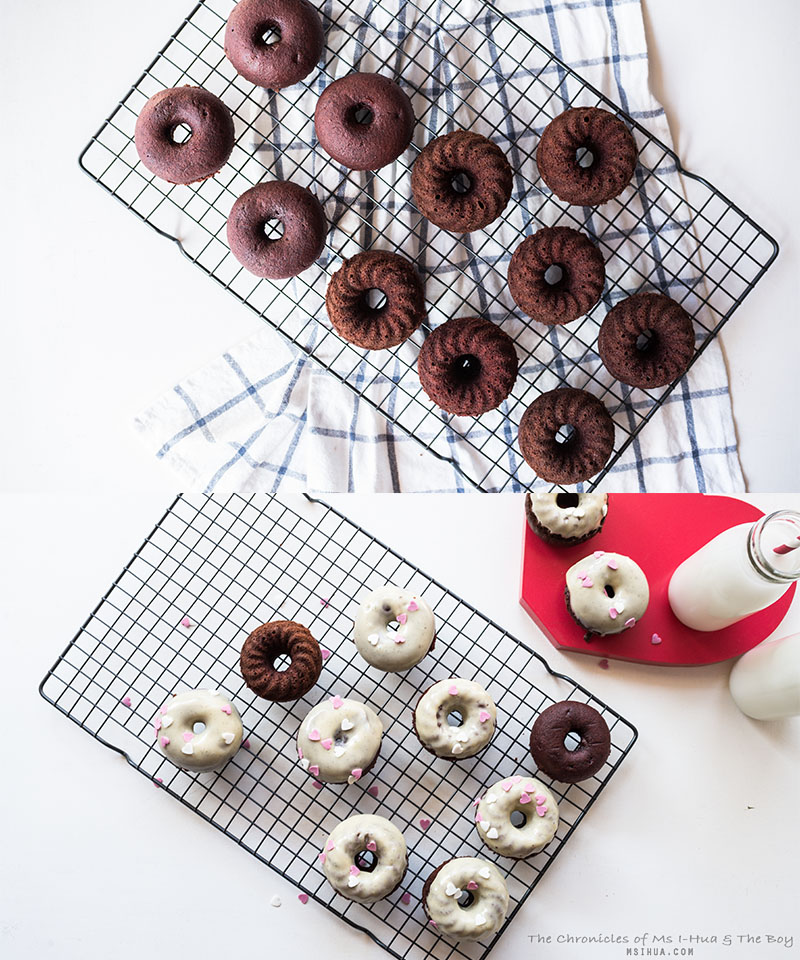 Attempt this on Valentine’s morning. As you pull these babies out of the oven and swirl them around the beautiful white glaze, turn on your Spotify Playlist and sing along to the one and only MJ, “The way you make me feel! You really turn me on, you knock me off of my feet now baby, My lonely days are gone! Achaaa oOooH!”

Your sweetheart may at that point come out into the kitchen thinking you’d been singing to them. You can lie and let them think that you were 😛 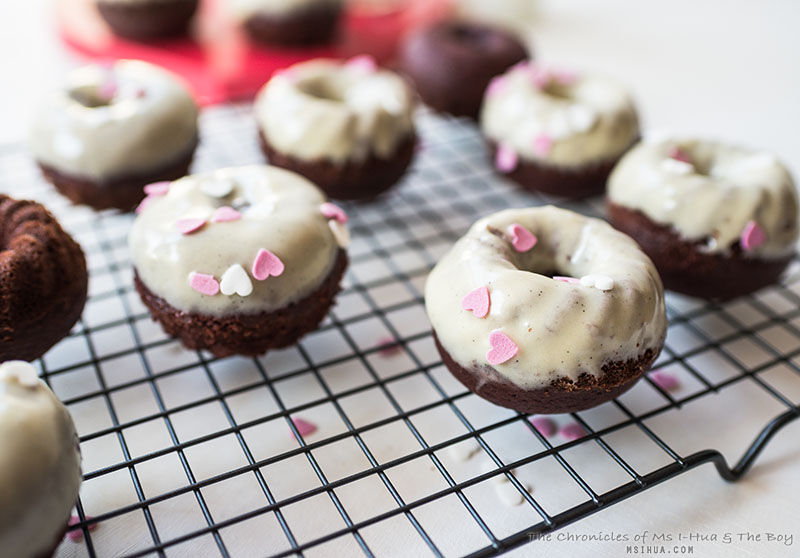 Nothing better than donuts for breakfast. Serve with a glass of milk. 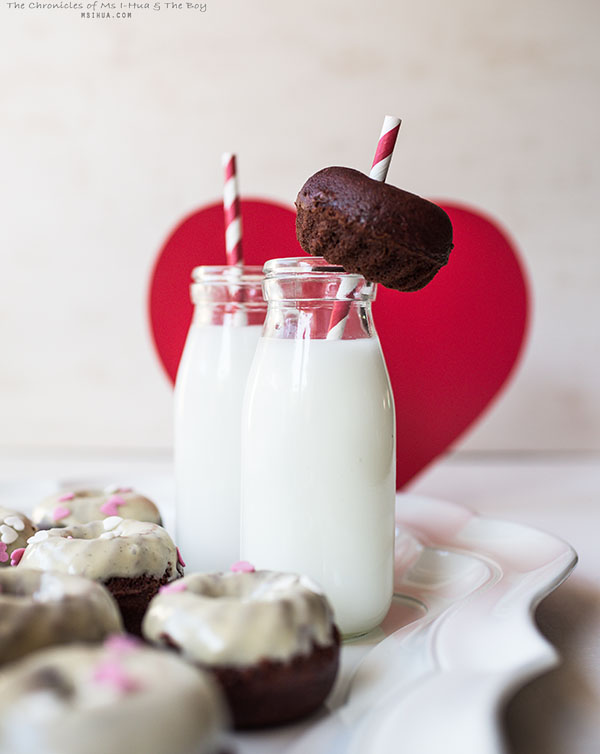 If you have any extras (’cause to be honest, there are way too many donuts made from this recipe for two people), take them out to share with your friends and family.

These beauties were meant to be shared with love. 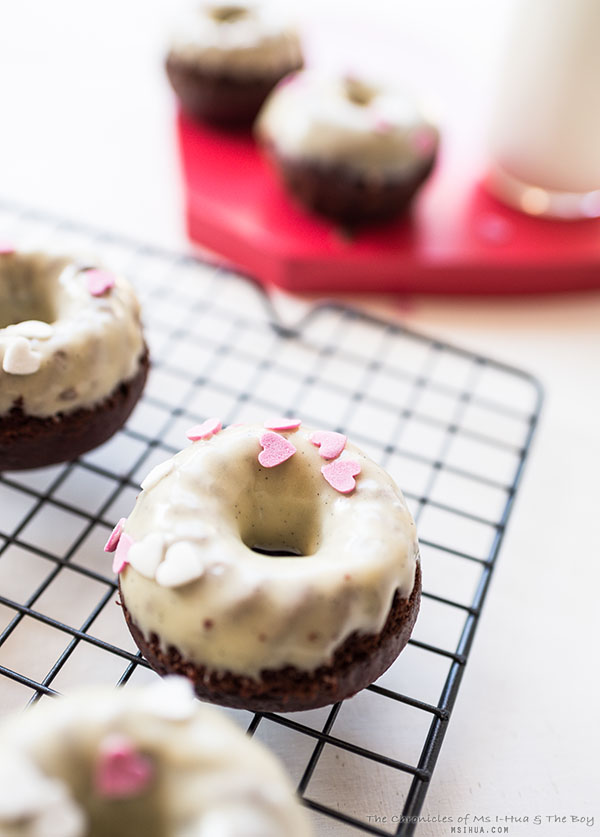