Every now and again, I stare at the ingredients in the pantry and get a sudden idea.

Last weekend, I was day dreaming whilst staring at a packet of Burch and Purchese’s Orange Blossom and Fennel Marshmallow and thinking about lying on a beach somewhere.

As usual, The Boy ruined my reverie and demanded to know what I would be doing with the fresh punnet of blueberries I had bought. The next thing I knew, I was in the kitchen mixing up batter for chocolate brownies.

As I haven’t been baking for a while, my baking supplies had diminished somewhat. I hadn’t replenished any dairy items that would help in my baking. No milk. No cream. I had a tub of Greek yoghurt. So I improvised!

What resulted in the end was a beautiful pink hot mess, I would like to call, “When the Marshmallow and Blueberries Met at the Beach”, as an ode to my daydream. 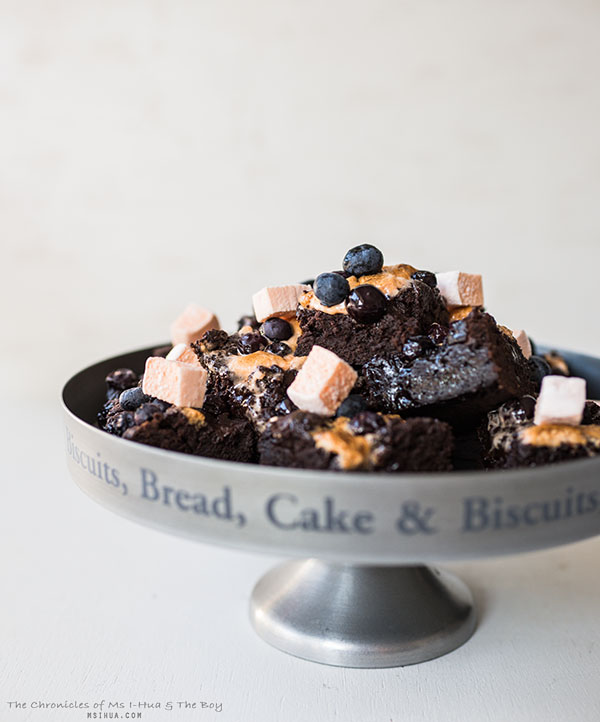 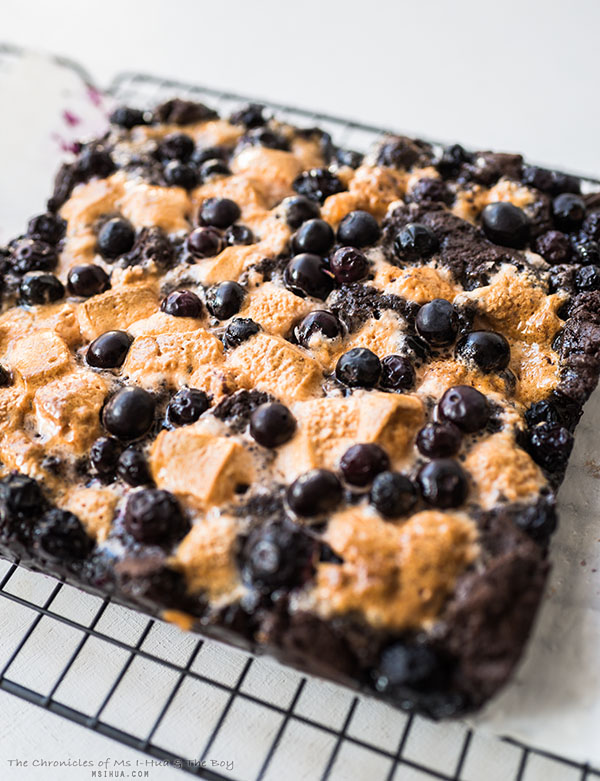 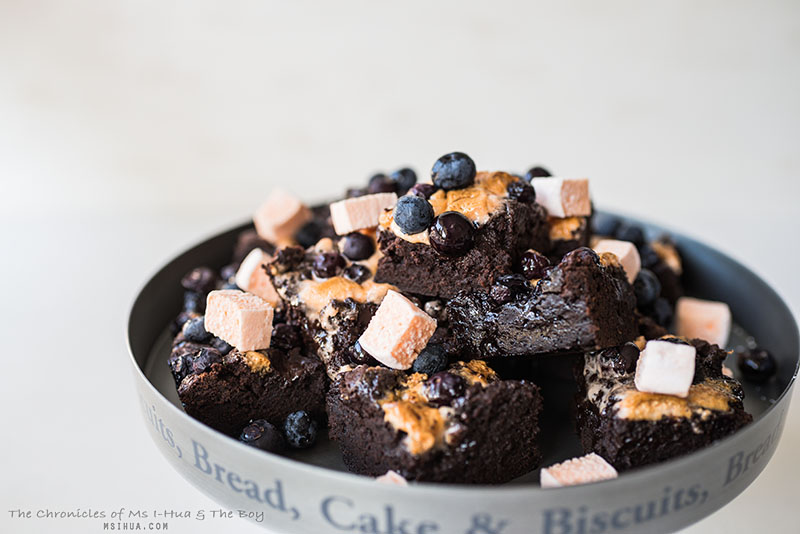 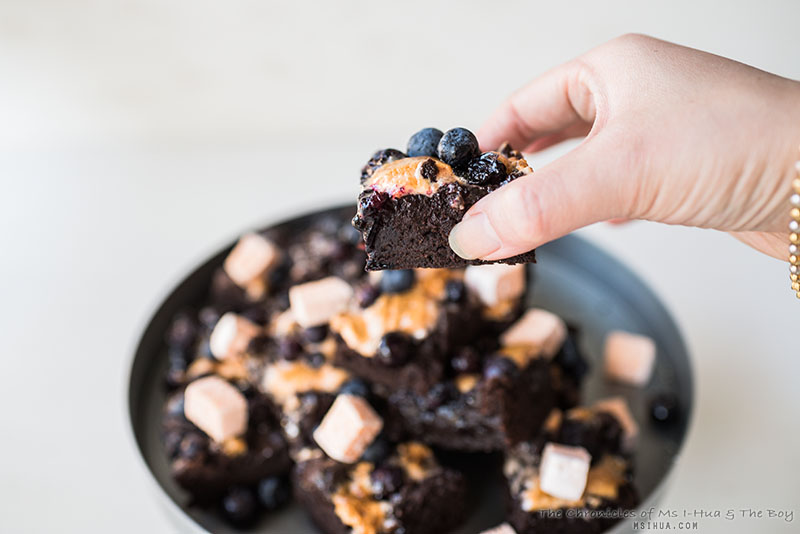 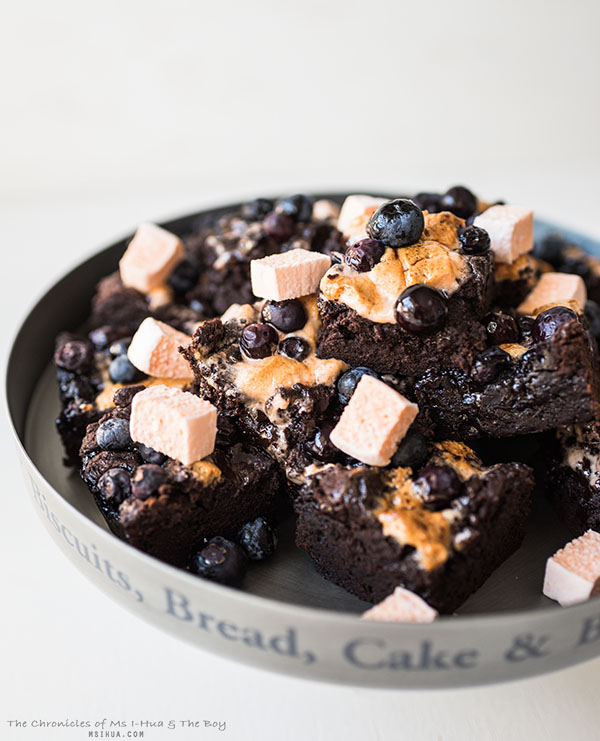 I ate one straight after taking photos, and it was still warm and fudgey in the middle. I thought that it was tasty, but I wasn’t sure. I’m never happy with my baked results as I feel that I can do better. And with every experimental baking I do, I am often filled with self-doubt. So I packed up the remaining brownies into zip lock bags and handed them out to my friends.

I heard nothing about the brownies the next day. I gave it two days before I caved and I asked my friends what they thought. It was unanimous.

They loved it! They also commented that it wasn’t as sweet as other brownies, and that the texture was quite different from other brownies.

Note – This post is in no way sponsored by any of the below listed ingredients. I just thought it would be easier to show you what I used, in case you decided to make something similar in your kitchen 🙂

*Burch & Purchese Marshmallow (they don’t seem to have these in store anymore, so it must be seasonal). You can use any marshmallow you have, I just happened to have these in my pantry
**Sugars of the World – Indonesian Coconut Blossom Sugar