Blink and before you know it, we’re nearly at Christmas time! It’s been nearly two years since we went on our honeymoon to Spain and Portugal. Nearly 10 months since we last posted about our trip in Spain.

I think it’s time to pick the memories back up and show you how good our memories are! (TBH, I have hand written notes that don’t seem to make much sense anymore 🙂 ).

Take a virtual tour with us as we walk you back down through our memory lane, this time focussing on Madrid, the capital city of Spain and also the largest city of Spain.

Many people have asked for our opinion if it was worth a visit. Our responses are usually dependent on how well we know the people asking us. If we had to visit Spain again, we would give Madrid a miss (as we’ve been there before). For those travelling to Spain for the first time, we would recommend stopping by just for a day, just to say that you’ve been there-done-that. 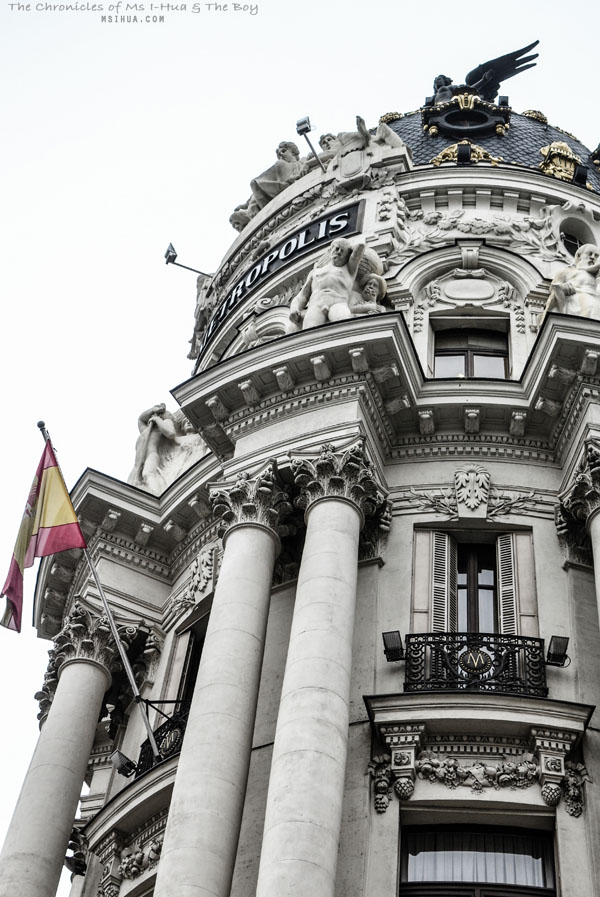 One of the main attractions in Madrid is the Royal Palace. It’s a combination of several majestic buildings and I couldn’t help but compare it to the grandeur of the only other majestic palace I’ve visited in Austria, the Schönbrunn Palace (of Empress Sisi’s former Summer Palace).

Unfortunately, no photography is allowed inside the palace, so we are unable to show you Europe’s largest sized palace, but you can imagine, just from the splendour of the exterior facade, how it could look like.

From the old seat of power in Toledo, and after numerous revolts, Madrid was turned into the seat of power for Phillip II of Spain in 1561. 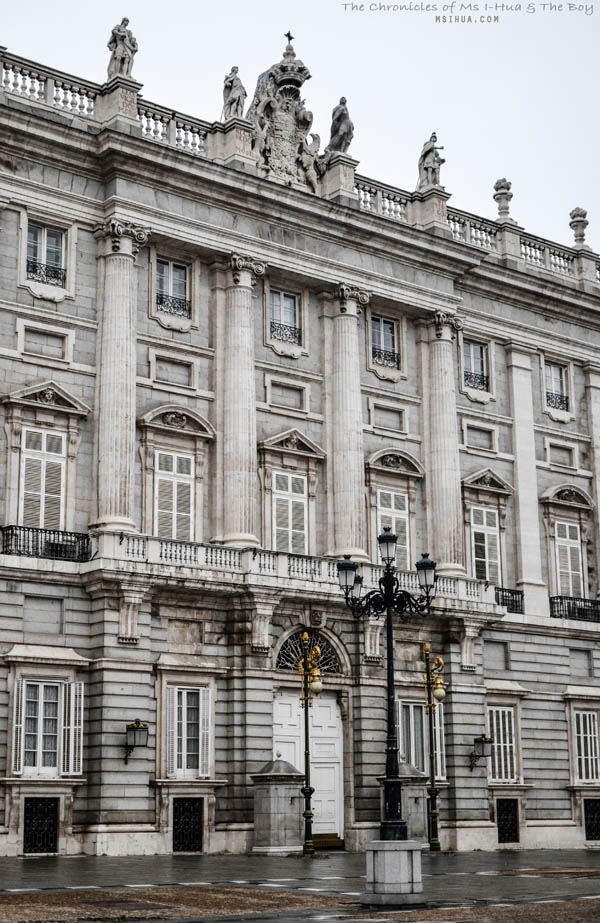 Plaza de la Armeria is the square that is situated just outside the front doors of the palace. Of course, there is a cathedral that is attached to the palace as well. God forbid if the Royals had to enter the house of God with the plebs.

We were told that the reason that the Cathedral was built in that location was that the Virgin Mary appeared to the Visigoth in that spot. 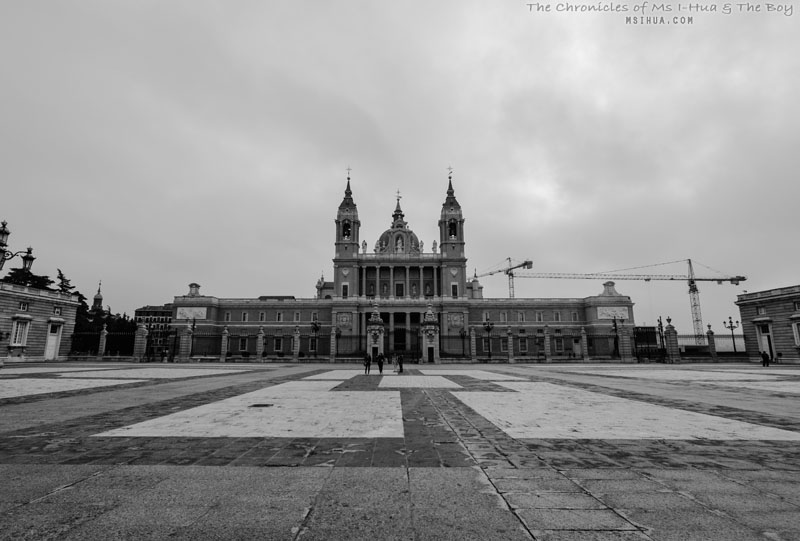 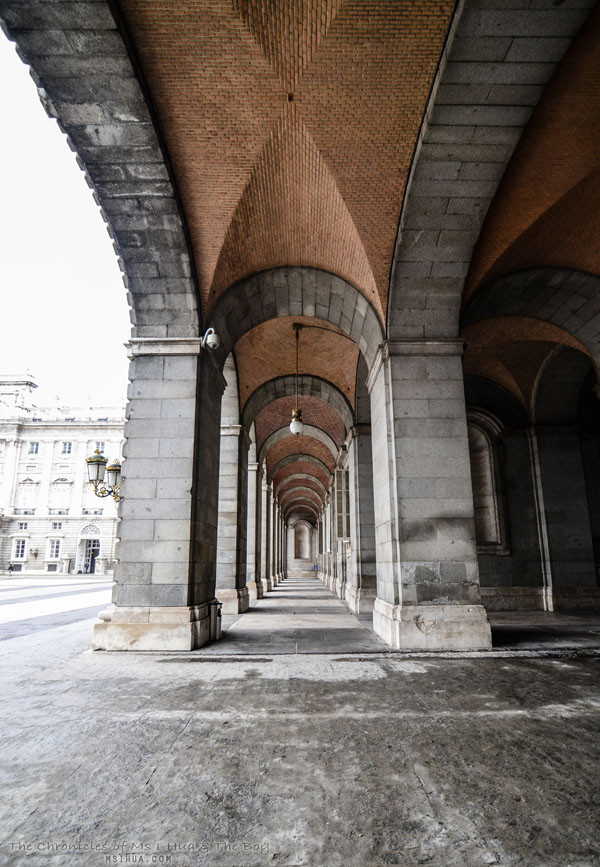 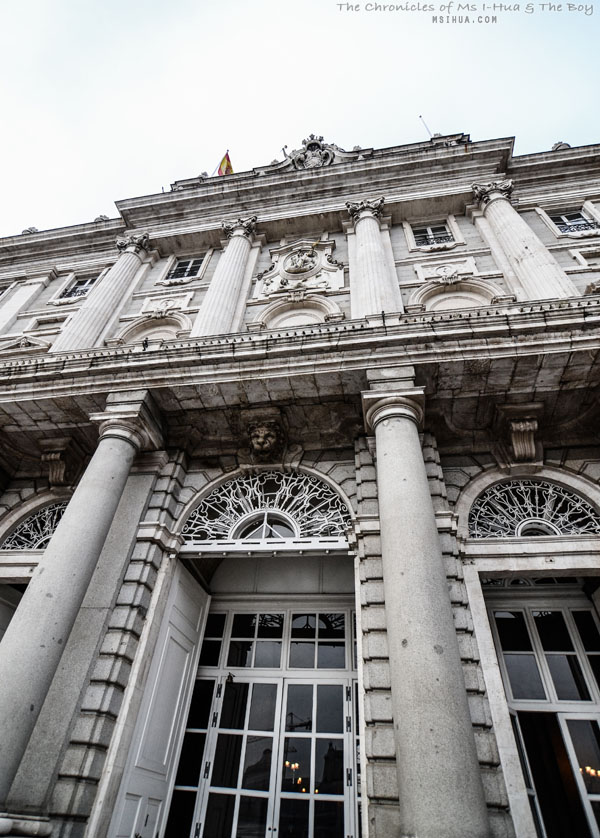 When one is in Spain, there are three topics that are completely unavoidable. The first being the local food and the many choices of tapas that are readily available. The second is the Spanish bull fights and the third final one being football (or soccer to you others).

Or if you were me, the fourth would be Zara 😛

So we did what every other tourist does when they drop into Madrid. We paid a visit to the Real Madrid stadium.

It actually wasn’t as bad as I thought and I quite enjoyed it. However, if you come from a country where hooligans aren’t shouting in your ear every time a football goal is struck or people staying up at all hours of the night at local street side vendors, pubs or houses, then you may not quite enjoy this as much. Go shopping instead :P. 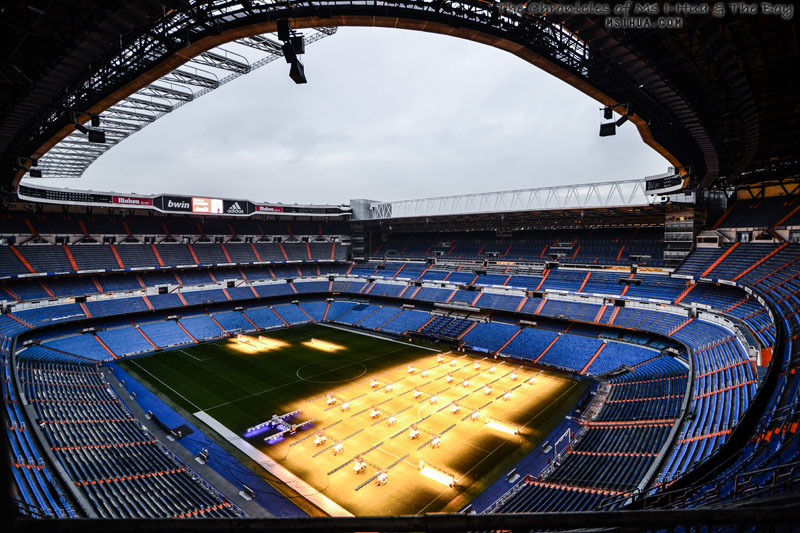 I loved that the stadium is opened and so meticulously prepped for tourists. Perfection to my slight OCD alignment tendencies. 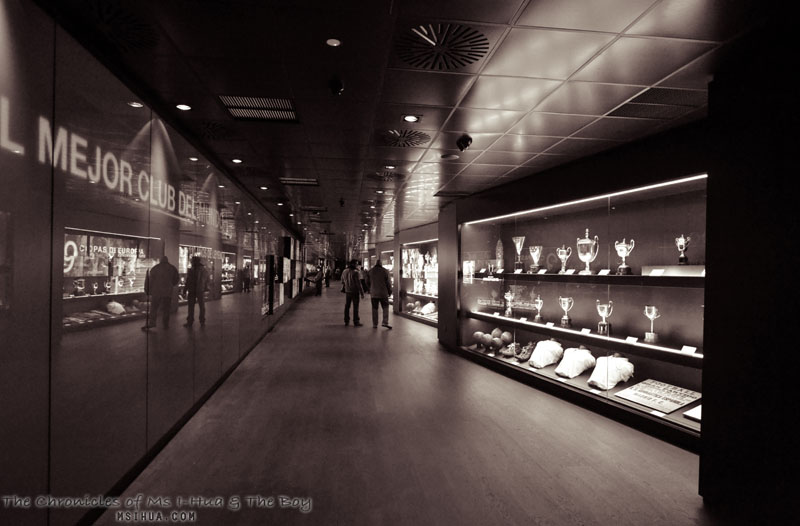 Trophies, uniforms, and any interesting vital information about every match, every player, every win is recorded in the museum tour (inside the stadium).

That brings us to the end of the Madrid recap. I do however have to make one note (and if you’ve been following our sporadic Spanish posts over the last two years *cough*, then you will be happy to note that we did encounter delicious bread (the one and only time) at a restaurant called Dudua. In my notes, I have written, “Really nice bread finally!), pumpkin soup, grilled fish, and a strawberry and cream sponge cake for dessert. Happy days!”

We hope you enjoyed the fifth part of our tour (pushpin “F”) to Madrid.