After our first day on American soil ended with such a blast with our visit to The Bazaar, we thought we would up the ante on the second day by renting a car. ZOMG, worst decision ever! I don’t know what everyone is on about, that driving on the other side of the road is easy, it isn’t! Especially when you’ve been used to being on the other side of the road all your life, it really is a strange and scary experience.

The day started normal enough with the both of us picking the car up from the car rental place. We drove on to park the car at Highland Shopping Centre (where Grauman’s Chinese Theatre and Walk of Fame is located), as we started so early in the morning, driving was pretty cruisy. From there, we took the subway to the second happiest place in the world after Disney World. Universal Studios!! Oh yeah!

After a day of fun being splashed on rides, going on The Minion ride (OMG), and being scared by a zombie at the end of the Haunted Castle, we were ready to get some proper food into our bellies. So on the train we went back to get the car.

This is where it gets a little scary, with heavier traffic and the turn right on red signal rule, I’m not so sure we are cut out to drive in America. I much prefer walking. Walking is so much easier and less stressful. Thank god we only had the car for the day! However, that being said, I am glad that we did it, but I don’t think we’ll be doing it again. Uber all the way! 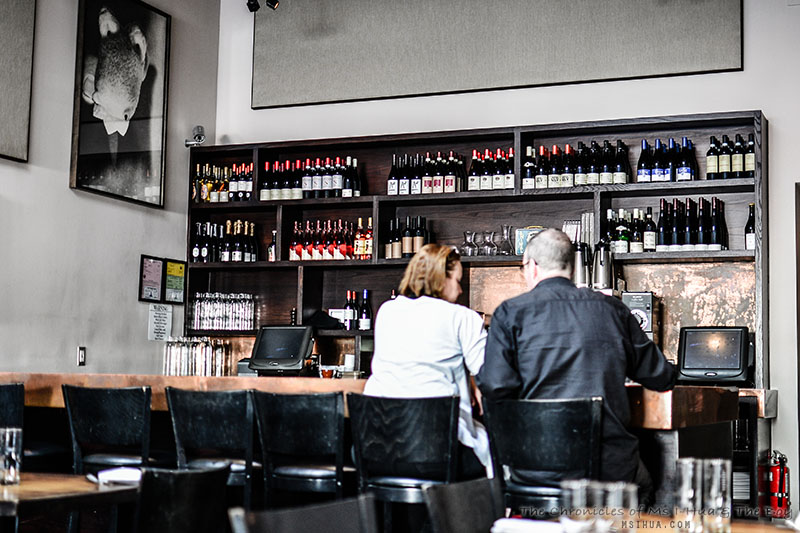 When we finally battled the slight traffic and parked our car, (kudos to The Boy), we were slightly edgy from the experience and needed to chill out. Luckily for us, the staff at Animal made us feel welcome and relax. The one thing that I can possibly never get over about the service at restaurants we visited in America, is that they (the staff) make a concerted effort to move the table out for each diner to sit comfortably on the inside, before moving the table back into position. It was crazy. 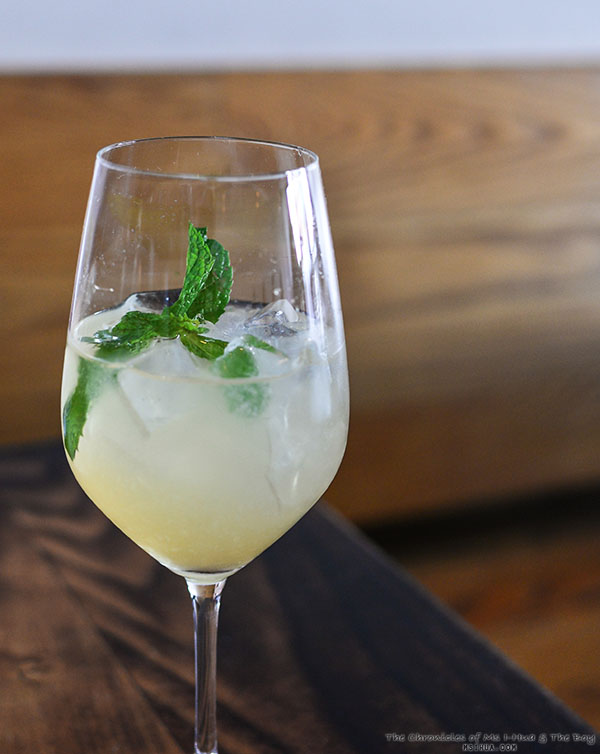 We first heard about Animal by none other than watching Anthony Bourdain on one of his layover episodes. We watched and researched and spoke to other friends and acquaintances who had visited previously. Each and every one of them told us that we had to visit. I regret not coming back here for every single meal. It was fantastic!

Whilst we peruse the menu, I ordered a glass of Vermouth to sooth my soul. 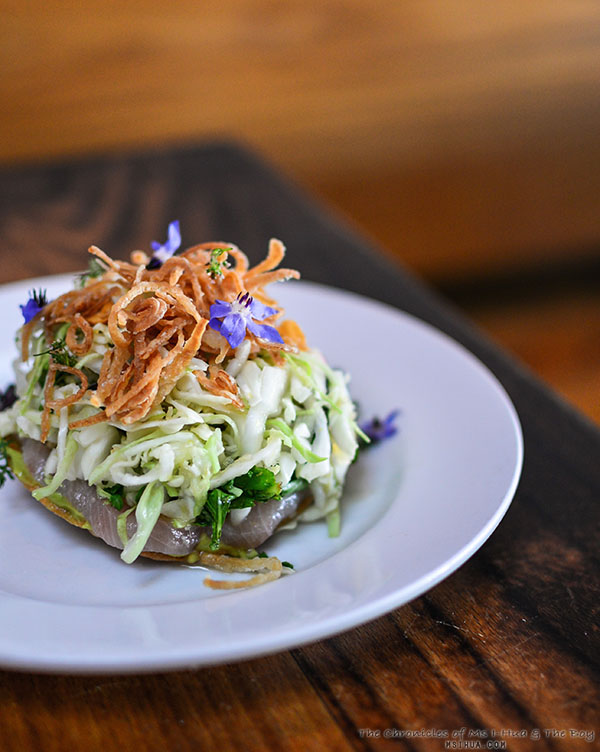 We started the evening meal nice and slow with the delicious Hamachi Tostada with herbs, fish sauce vinaigrette and peanuts $15. This was our second favourite dish of the night. So refreshing and light. Bang on with the balance of flavours too! 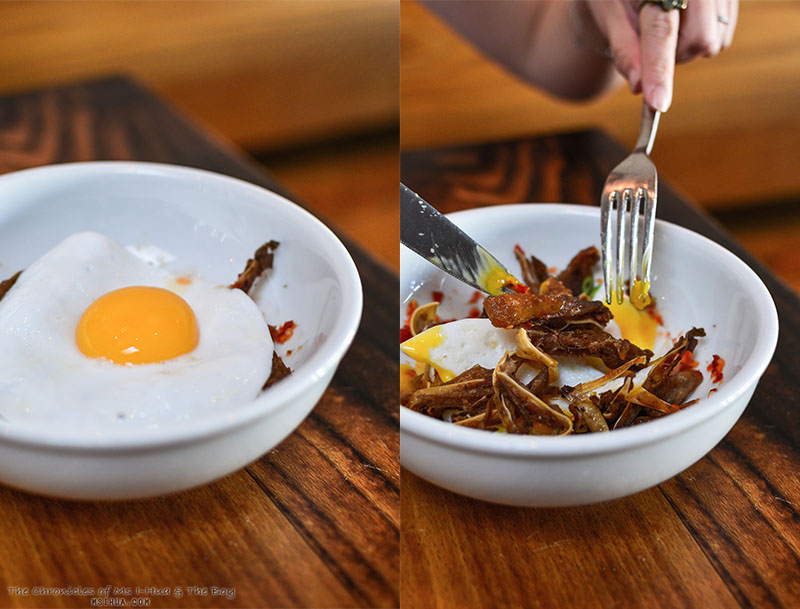 When I saw that this dish was on the menu, I pleaded with The Boy to let us try it, and there were no regrets. Pigs Ear with red chilli, lime, maple and fried duck egg $16. Oh boy! So far, so good! 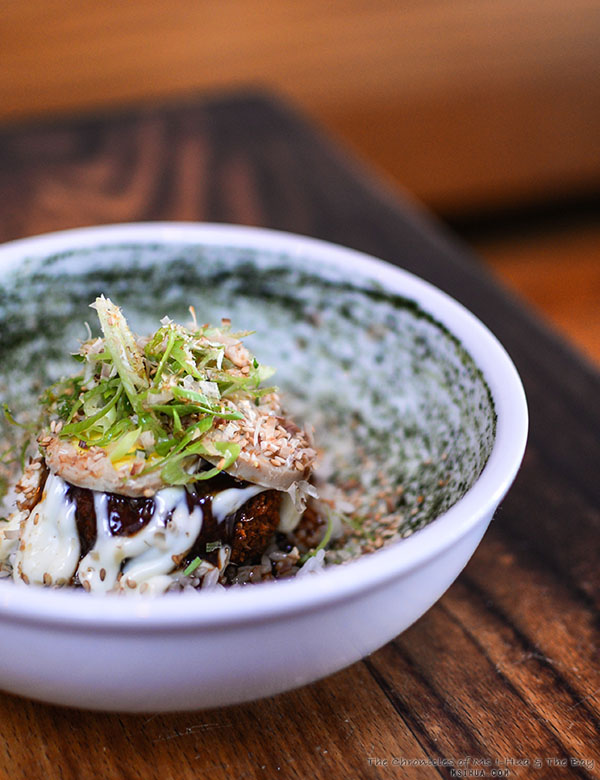 Of course when you’re game enough to eat the ears of a pig, you’re game enough to eat the whole head. In this case, the meat from the head. Crispy Pigs Head with short grain rice, bulldog sauce and soy egg $16. What I loved about this dish was the way it was presented, with the seaweed crumbed powder coated all along the bowl. It’s the little things. 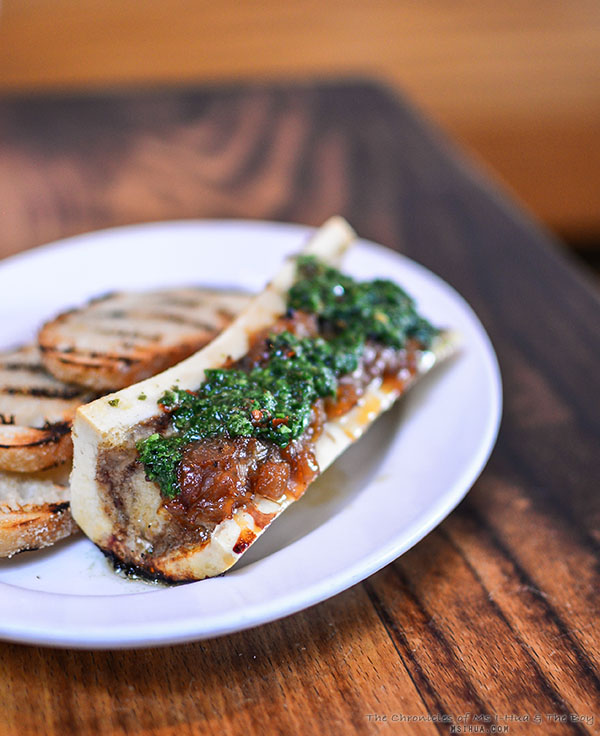 And then, forgive me lord for I have sinned. I pretended that the marrow we had ordered was from a lamb 0_0. It was the sweetest sin I’d ever made. Oh my goodness! People die for dishes like this. Anthony Bourdain said we couldn’t (well technically, to anyone watching his show) go past this dish and I’m so glad we listened.

The Marrow Bone served with chimichurri and caramelised onions $13 was heaven in a mouthful. Every. God. Damn. Mouthful. 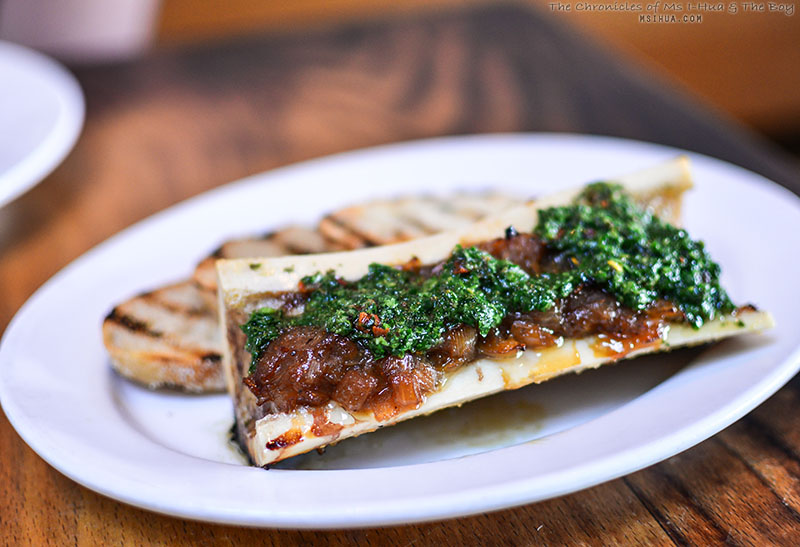 If we based our reviews on mouth-feel alone (high five to anyone that gets this reference), this dish would be ranked Heavenly. It was fatty, it was rich. It was buttery, it was bursting with flavour. The chimichurri did a wondrous job of cutting through the gelatinous overtones of the marrow. Ahhhhh.

It’s no secret then as to which dish was our favourite! 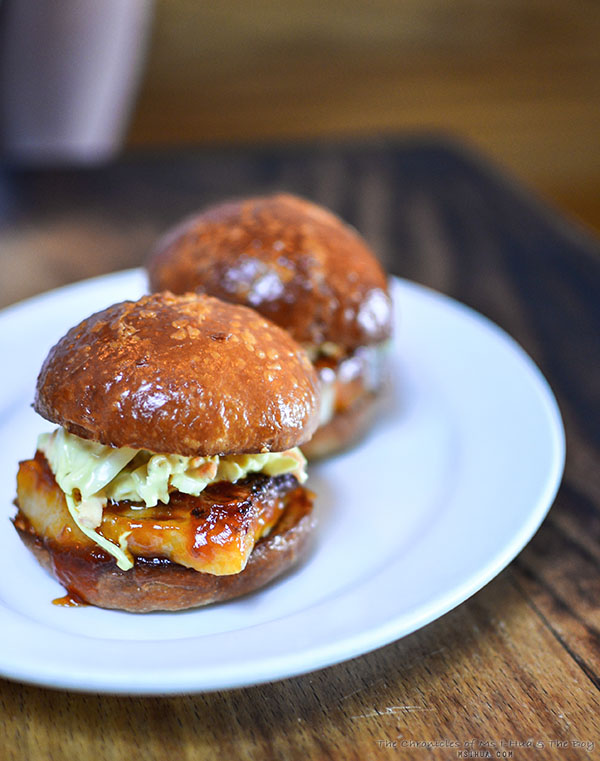 We also had a couple of Pork Belly Sandwiches $14. Because. Pork Belly. 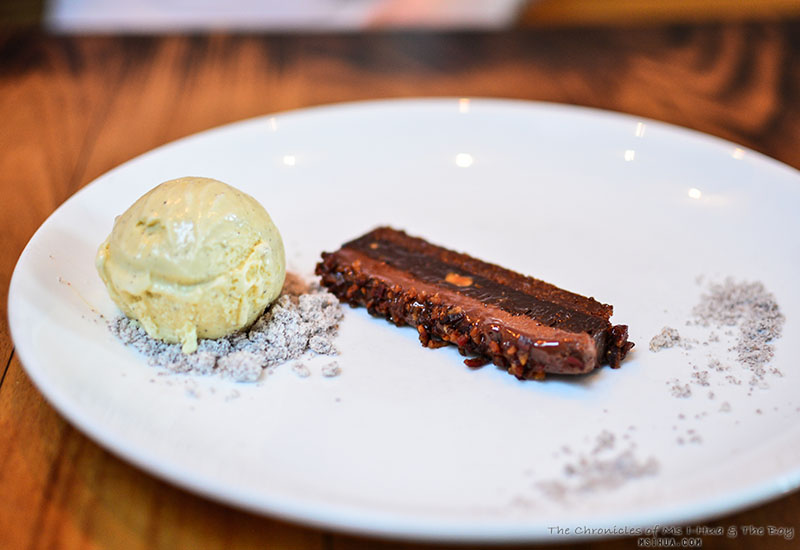 We finished of this amazing meal with a Bacon Chocolate Crunch Bar served with S&P (Salt and Pepper) Ice-Cream $9. It was a serious mind-f**k dish. And we liked it.

How much did we love our meal at Animal? So so much. I have much disappointment with the food scene in Melbourne and the lack of anything that is parallel with the casual dining scene in LA. The closest that we can think of that matches Animal to a degree here in Melbourne is Town Mouse. I guess, that means there is hope yet in Australia.

Find us a casual restaurant that is as good as Animal, in Australia and we will die happy. Until then, we might need to schedule another flight back to LA.

Address:
435 North Fairfax Avenue
Los Angeles CA 90036
USA
(There isn’t any sign in front of the restaurant. They are 4 doors up from Canter’s Deli & next door to Supreme)