That’s usually the reaction I’d get if I mentioned Durian to anyone I know.

It can go either way.

OMG, GET THAT AWAY FROM ME, YOU SICKO!!

Which category do you fall in? 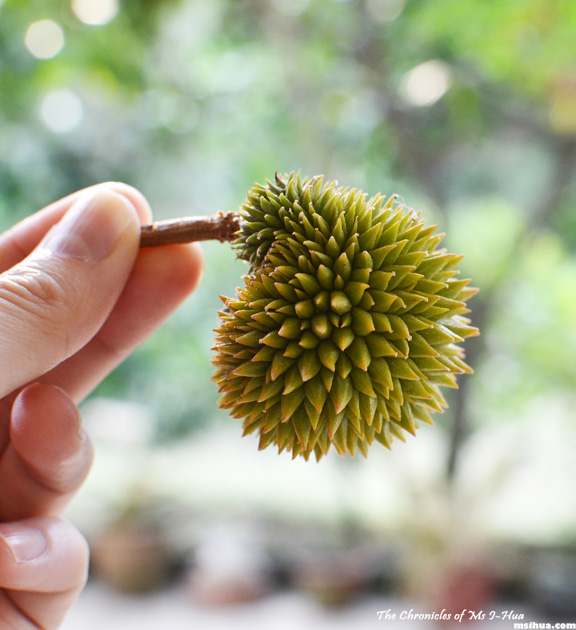 I absolutely fall into the first category. I love Durians! Cooked, steamed, raw, sweet and savoury. If you’ve got it, I’ll have it.

Some describe its wonderful creamy flesh with love and a dazed lounging in their eyes.

Others with intense disgusts call it worst than stinky cheese. Heck, famous Anthony Bourdain (who loves Durian) has mentioned how indescribable it is and has been quoted as saying, “Your breath will smell as if you’d been French-kissing your dead grandmother”. 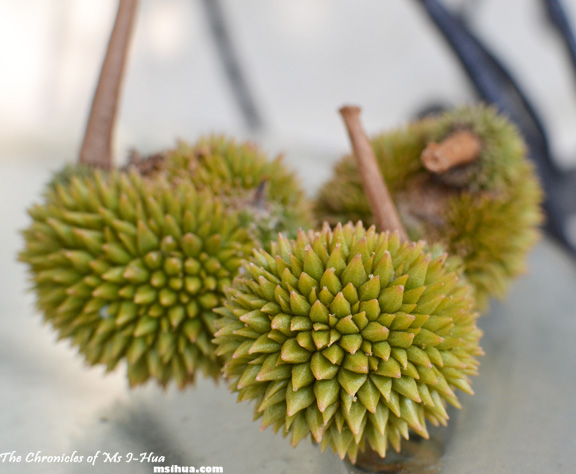 Whether you love it or hate it, it’s undeniable that the humble King of Fruits (in South East Asia) is a great topic of conversation. 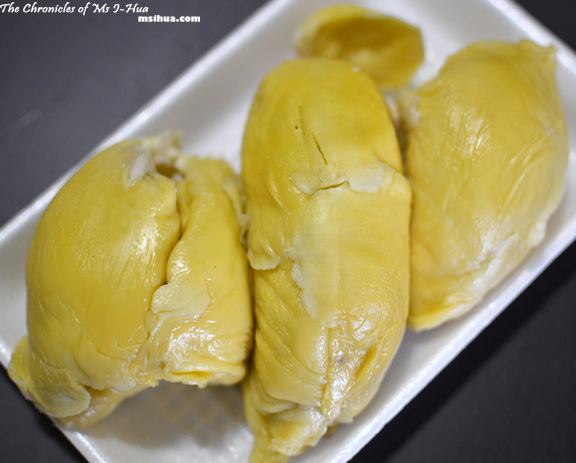 Durians are aptly named. It derives its name from the Malay word duri (thorns) and is very prickly to touch. Durian sellers tend to wear thick gardening gloves when showing off their bountiful harvests to customers.

Durians come from big tall trees which flower at the most twice a year. Durians are heavy and can weigh anywhere from 1-3kgs.

So you definitely don’t want to be near a Durian tree when it is ripening! They make quite the noise when the fruits fall to the ground. 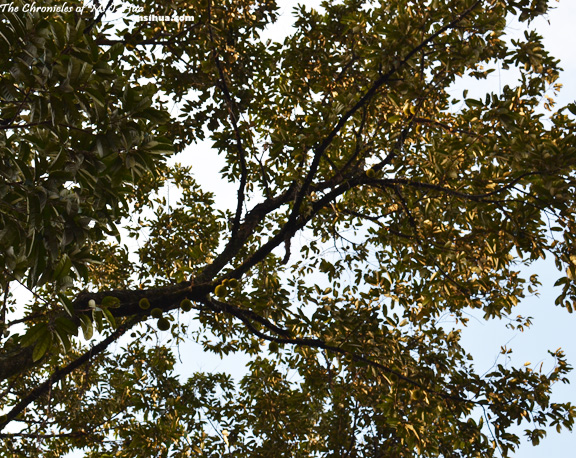 In Malaysia, the Boy’s garden includes a huge Durian tree (pictured above and below) which decided to start flowering and providing the family with its fruits after 15 years. Lucky him! Can you spot the durians?

The first two pictures at the start of the post shows baby Durians (which we’d picked from the ground around the tree) which have unfortunately fallen to the ground before fully maturing due to a storm. 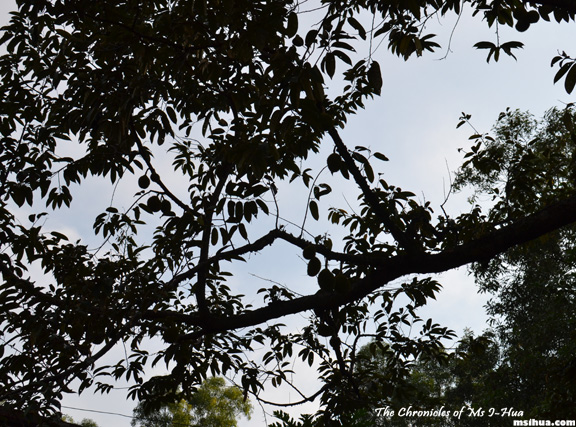 In Melbourne, we aren’t so lucky as to be able to buy fresh Durians from any corner of the road or at the supermarket.

Most of the Durians available for consumption in Australia are mostly frozen and sourced from South East Asian countries as it is a tropical fruit. Although, there are Durians being grown in Queensland and NT but I’ve yet to encounter them in Melbourne. 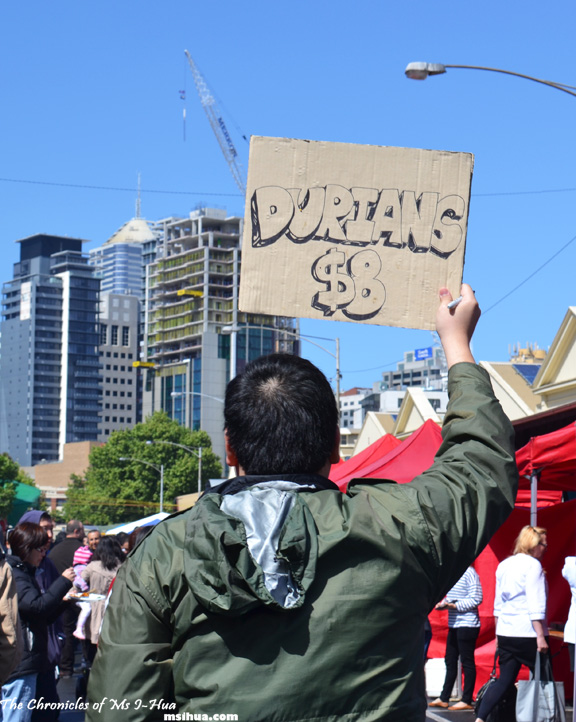 They aren’t quite as cheap as in Asia either 😛

In the recent Malaysian Street Food Festival held at Victoria Market, a gentleman was selling Durians and he was crying out a catchphrase, which is where I’ll end this post with.

So tell me, my dear readers, do you like Durians? What do you liken their taste and smell to?