With a blink of an eye, we are now in mid-July. Next thing you know we’ll be singing carols and it would be time for Christmas!

With that promising prediction in mind, The Boy and I have decided to share with you a great idea for dessert should you be inclined to sing carols this month and celebrate Christmas in July.

It has the colours of yuletide (mostly green) and snow! Okay, not really, but please use your imagination 🙂

We bring to you, this month’s Playground Series of the Yuletide Snow on Green, otherwise known as The Pandan Dessert (I reckon my title is better than The Boy’s). It’s The Boy’s idea of a deconstructed Pandan Swiss Roll cake. 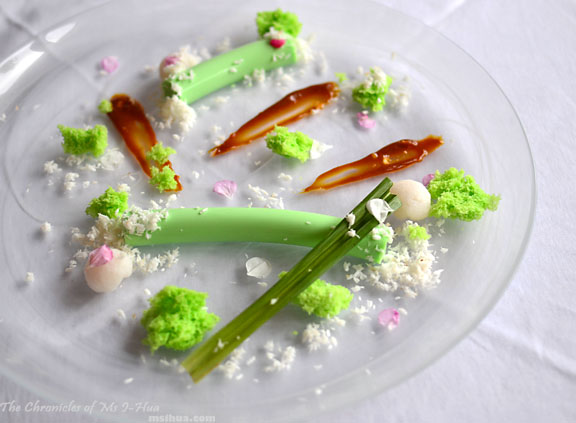 Isn’t it just so pretty? I particularly love how the pink flower petals fall delicately on the plate like sakura flowers (I’m such a romantic).

Components on the dish: 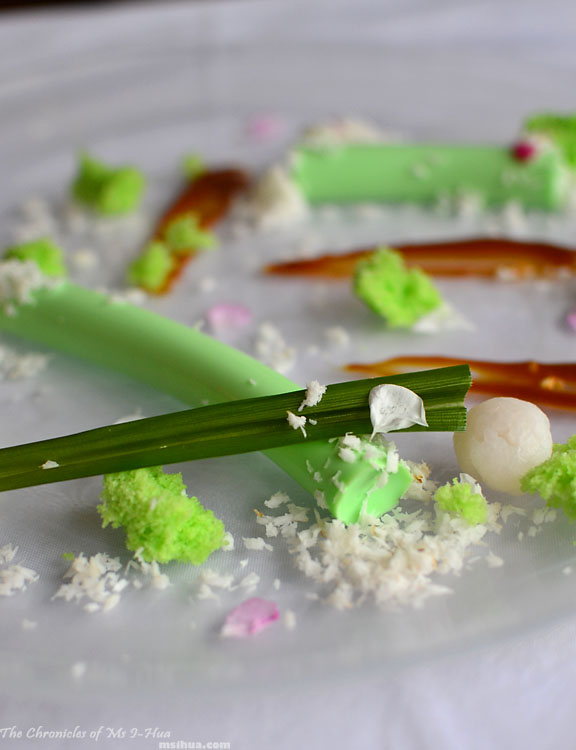 It really is a simple dish. The hardest component to make would be the Pandan Panna Cotta. The Boy secured the bottom of the PVC tubes with a layer of aluminium foil, cling film and rubber bands to prevent leakage.

The Sago Balls just need to be made in advanced and it’s pretty similar to Sago Pudding. Everything else, can be made and decorated pretty much as you are setting up).

Do this and we guarantee you’ll get astonish shocks of amazement from your guests this Christmas in July (or December). They would think you would have slaved for hours preparing this dish, when it honestly took you less than 10 minutes to plate up 🙂 All it takes is a little planning and preparation the day before and Voila!

So tell us, what has been the quickest and easiest (cheat’s way) of preparing a dish that has wowed your guests?